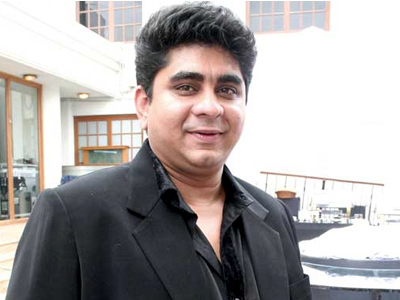 With his new, youth-centric show on Star Plus, producer director Rajan Shahi of Director's Kut Producitons will be seen taking on a new genre in Indian Television. However, what will not change is his passion for scouring new talent and looking for the perfect face when casting for his shows.

Rajan Shahi has so far discovered new faces which have gone on to become big hits on Indian Television and this time round too, the noted producer is leaving no stone unturned to find the perfect main leads for his show. Telling us more about the as yet untitled show, he says, "I am moving away from my comfort zone with this show which is not a typical family drama but a very modern story focusing on today's youth. However, it is not a college romance as is being seen on other youth centric shows. The show is all about a Mumbai girl and how she struggles to establish her identity and is ultimately successful in it too."

So how different will his show be? "See, I believe there is more to today's youth than just being in college or falling in love. I want to show modern youngsters but also show that they have quite a balanced head over their shoulders and even though they want to have fun they are responsible too. I have always presented ideal daughters and bahus in my show and now want to present the ideal youngsters too."

We heard that the show also almost had a final cast and just when everything seemed to be going right, Rajan Shahi decided to scrap the entire casting and start from scratch. Is that true? "Yes, we had almost 600 people come in for the audition from which I shortlisted 30 of them but then after the look test and all I was not satisfied and just yesterday I took a decision to rework on my casting and now I am searching for new faces yet again. I did this because I myself was not happy with the casting and didn't want to start something new until I was fully satisfied about it."

Rajan has been known to give a chance to newcomers and encourage fresh talent in the Indian Television industry and he is all set to do it once again as he goes on searching for a fresh face. "Whether it is the main lead or any other character even if it is a cameo, I take interest in casting all of them for my shows. I feel one of my biggest achievements is that actors who have started their career with me have become known names today. And let me tell you many of them have been accidentally cast. I saw Sara Khan from Sapna Babul Ka Bidaai by chance in a 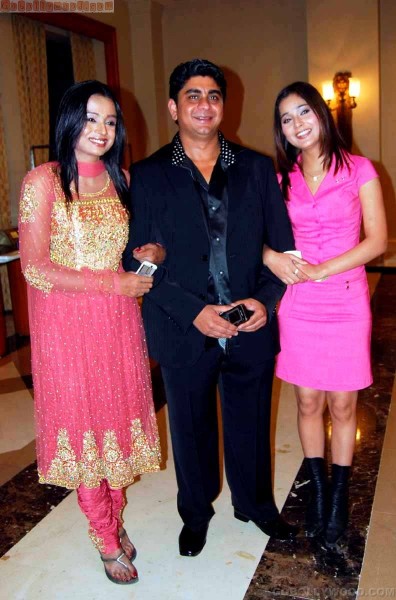 group photo while Neha Sargam was spotted by me in a Youtube video as stood in a que for the auditions of Indian Idol. Then there is Vidhi Parekh in Jamuna Paar who was travelling from Mumbai to Pune and I spotted her in a food court, while Hina Khan accidentally walked into an audition and was just a face in the crowd but I knew she was my Akshara in Yeh Rishta Kya Kehlata Hai."

Continuing with the same trend, he is all set to search once again for that perfect face. Elaborating on what exactly he is looking for he says, "I want two girls and two boys who will play the main leads in my show. The show is based in Mumbai and the girls in the age category of 18 to 20 years need to symbolize what Mumbai stands for which is an attitude full of confidence, freedom and someone who knows there mind. The boys in the age category of 19 to 24 need be someone who are modern yet rooted to their values and are metro sexual in attitude who will cook, sing and also look after the women in their life. They are not the avatars of Ram neither are they devils which is what is seen in shows today. Overall, the energy and vulnerability of youngsters in Mumbai needs to come across. These four will symbolize today's youth which is aspirational, want the finer things in life, practical in approach, go-getters and want good things for themselves but don't feel guilty about it. Normally we see that a rich girl in western outfit on Indian Television is considered to be in a vamp or negative character but these youngsters despite their western attitude will be full of values."

He is thankful to the Star Plus team who has been understanding enough and are ready to wait till he finalizes on the perfect cast. "I have kept the script on hold which will be written and finalized once the cast is in place, even the meetings are on hold but the channel has been sporting enough since they know my passion for perfection when it comes to casting and introducing newcomers. We might just be a bit behind the schedule but I am sure it will be worth the wait."

Currently, his team is all over Mumbai searching for these perfect faces. While part of his team has gone to Delhi and Bangalore, Rajan is himself stationed in Mumbai to find that perfect face he says. "I have a huge army mobilized for this task. While my team is looking for these in Delhi and Bangalore and in Mumbai I have 30 people covering prominent locations from Colaba to Kandivali in Mumbai searching for that perfect face at malls, colleges, hangouts, pubs and parties. Even I have never done this big a search but my eyes are open and I am sure I will find that elusive face in a day or two," he concludes with full confidence.

So all you youngsters with the right attitude just be on guard, cause if you are interested in acting and making a career on Indian Television and are spotted at the right place at the right time, this just might be your big chance!

7 years ago Hina khan is such a nice choice for the role of akshara..
yrkkh rockss monikasharma1 7 years ago Hina Khan rocks as Akshara in yeh rista.. A great performer !..love you a lot.

akshara456 7 years ago You are truly the best as Akshara & rocking with ur great performances in yeh rista...Love you Hina Khan.

7 years ago You have really done tremendous job as Akshara in yeh rista...Keep shining & rocking always..love you Hina Khan..

7 years ago Hina Khan..Doing phenomenal job as Akshara & really shine with ur superb performances in yeh rista..Keep going..love you.

7 years ago Hina Khan-- You are truly shining bright as Akshara & Keep giving ur best in yeh rista...Keep on rocking..love you...Yeh rista rocks !

7 years ago Hina Khan..You are enacting the role of Akshara amazingly well in yeh rista & so perfect for this role..Hina Khan & Yeh rista rocks !.