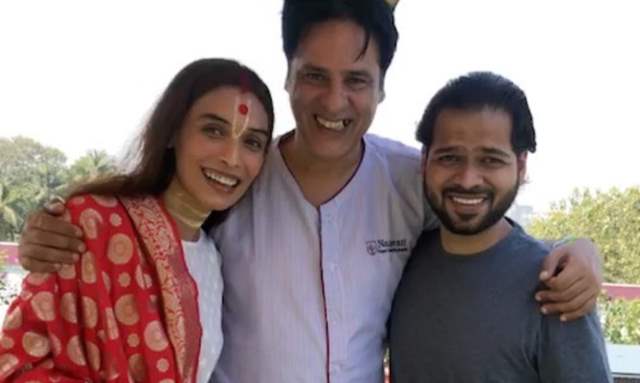 Actor Rahul Roy was recently admitted at the Nanavati hospital in Mumbai after he suffered a brain stroke while filming for a new project titled LAC in Kargil. The actor has finally returned home after being discharged from the hospital reported Mumbai Mirror.

Earlier this week, Roy shared a video from the hospital on social media and assured his fans that he is recovering well. The LAC director Nitin Kumar Gupta reportedly said that the doctors were ready to release the actor on Monday itself but the paperwork took time. However, the Next day, Rahul’s sister Pia took him home.

The Mumbai Mirror report also quoted the director who said that he is now happy to see his friend eating, walking, and doing everything.

“He just has trouble speaking certain words,” added Nitin. He also said that Rahul’s speech therapy will go on for a while. “The therapist will come home every day to work with him,” the director informed.

A few days ago, Director Nitin Kumar Gupta, who is currently bearing Rahul’s medical expenses had shared that the actor may require a stent to prevent future attacks.

On the work front, Rahul Roy achieved overnight fame with his debut film Aashiqui and then starred in films like Junoon and Phir Teri Kahani Yaad Aayee. He also emerged as the winner of the reality show Big Boss in 2006.