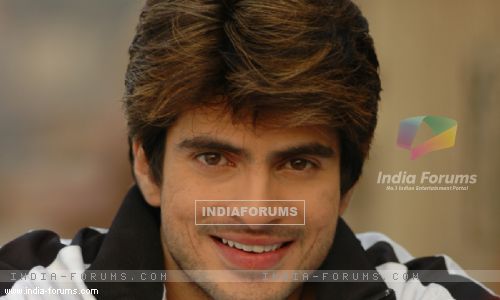 Actor Rahil Azam, who portrayed the negative character of ACP Praduman's son Nakul in the long-running investigative series "CID", is heading back to the TV show.

The show is coming up with another twist in ACP's life where he will be seen tackling with his psychotic son, whom he shot dead earlier.

Commenting on his comeback, Rahil told: "Nakul is back to take revenge from his father as a member of a terrorist gang. People are going to watch ACP tackling with his own blood. Viewers must have loved my role previously that the reason I had to make a comeback almost after 10 years."

In the upcoming episodes, the "Hatim" fame actor will be seen as an integral part of an international terrorist gang which is responsible for bomb blasts in 15 countries and is continuing the terror trail in Mumbai.

+ 4
9 years ago awesome. i love the way she is balancing professional and personal life. she is role model for many. love to read more about her. thanks for the wonderful artical.

9 years ago I don't care how long it is until her next movie comes out - as long as its with SRK it will be worth the wait ;)

I remember when I was a kid & didn't know that SRK was married, I used to pray to god ki Kajol aur SRK ki shaadi karado :P hahaha

9 years ago I wish she would do another movie with SRK! They are awesome together!!

+ 6
9 years ago I love her. She has been my favoritest ever since I can remember!! Really want her back and star with SRK!

9 years ago Nice to hear from u Kajol ...come back soon with SRK...

+ 4
9 years ago I love her:)...want to see her back onscreen:).. but as usual when the time is right:) her come back with Fanaa.. after so long was definitely deserving.. followed with My name is khan and all!!... aaooo jaldii se wapas jii:)

+ 5
9 years ago Great to see her so happy and contented! Will wait eagerly for her return with SRK in a K Jo production!

I PRAY she comes back soon to do some amazing work again,with SRK please,no less :P Will watch Koochie-Koochie..the name sounds so CUTE!!
Wow! Special appearance in SRK-KJo's production..-Gotta catch the film for just that then...:D!