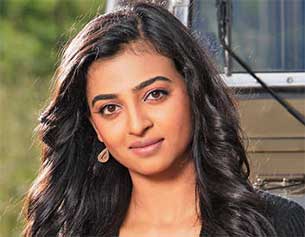 Bollywood actress Radhika Apte has been confirmed as the leading lady opposite Nandamuri Balakrishna in his upcoming yet-untitled Telugu action drama that also features Sonal Chauhan.

"Radhika Apte and Sonal Chauhan are the heroines in our Balakrishna starrer film with Boyapati Srinu," the film's producer Anil Sunkara posted on his Twitter page.

The film marks the second collaboration between Balakrishna and director Boyapati Srinu after Telugu blockbuster "Simha".

The film, which is currently on floors, is being produced under the banner of 14 Reels Entertainment.

Composer Devi Sri Prasad has been roped in compose the music for the film, which will also feature Jagapati Babu in a negative role.