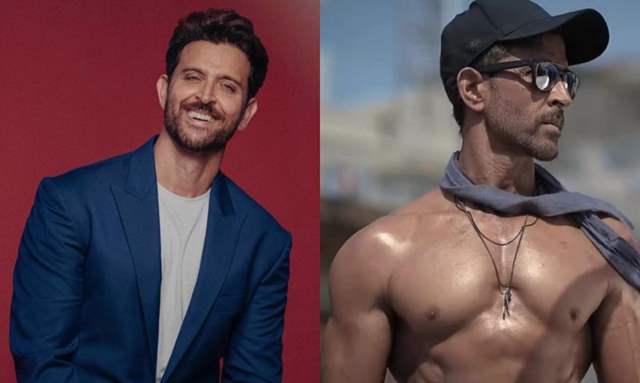 Hrithik Roshan recently made his fans' day by not just sharing a 'super hot' post but also having a fun engagement with them in its' comments' section.

The superstar took to his social media to share a short video for his apparel brand where he left fans drooling with glimpses of his carved figure and perfect abs. Many fans and even members of the Bollywood fraternity were all praises for the actor.

R Madhavan took to his social media to share Hrithik's video and wrote, "This man ... THIS MAN IS WHAT LEGENDS ARE MADE OF ... I am soooo inspired .. this brother of mine is MY MOTIVATION. @hrithikroshan." 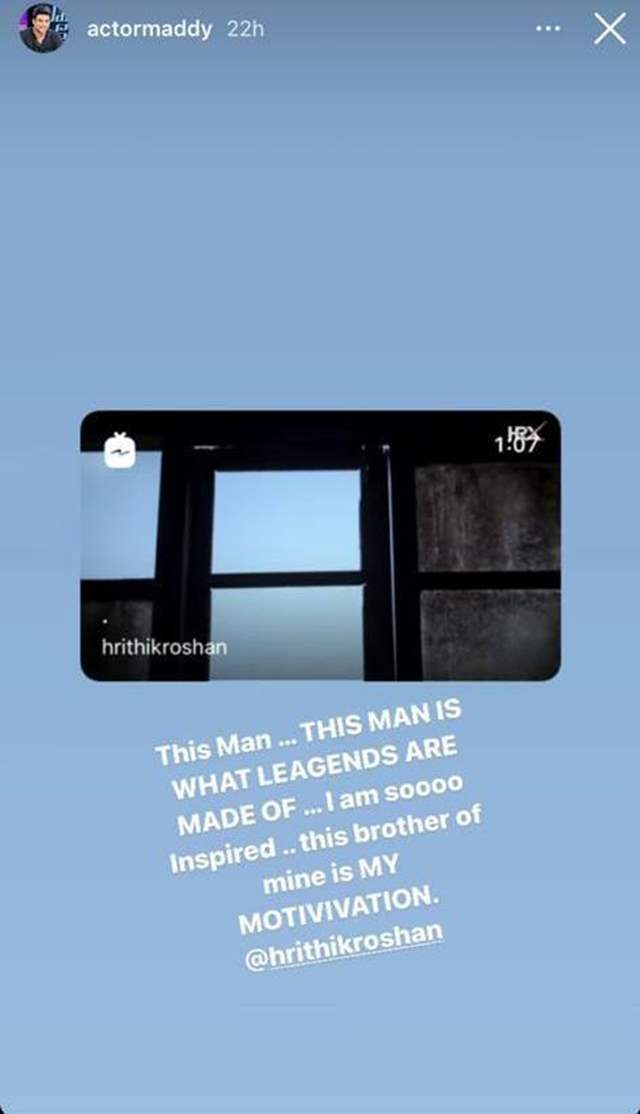 Abhishek Bachchan commented with "????" while, Nushrratt Bharuccha commented saying, "Oh my god!! ????" and Arjun Kapoor dropped a fire emoji among many others.

What made this more interesting was Hrithik Roshan's responses to his fans' comments. He always makes it a point to interact with his fans every now and then.

One fan said that he looked just like Kabir and the Krrish actor had a funny response to it as he said, "Kabir ki aisi ki taisi. better karte hain."

Another fan wrote that the actor looked way better than his last video, to which Hrithik responded with, "encouraging????" and the happy fan shared how he was amazed to have been a fan of the superstar for so many years and never once seeing him filled with any ego or pride. 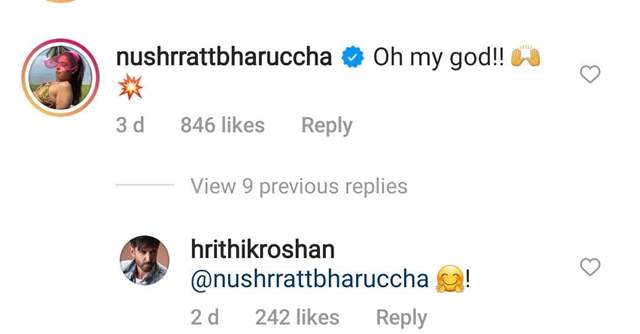 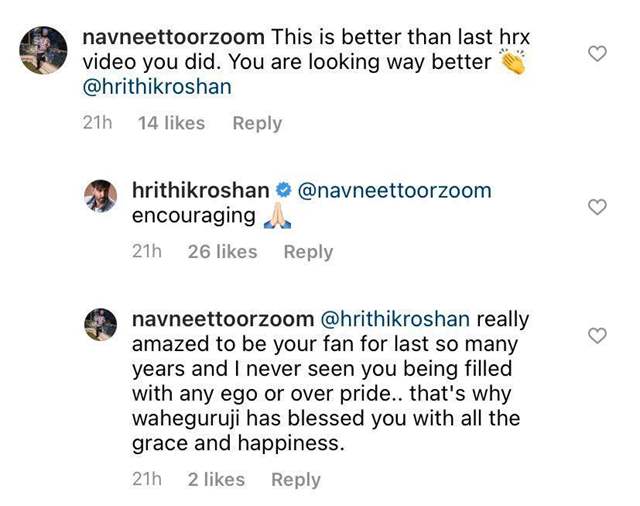 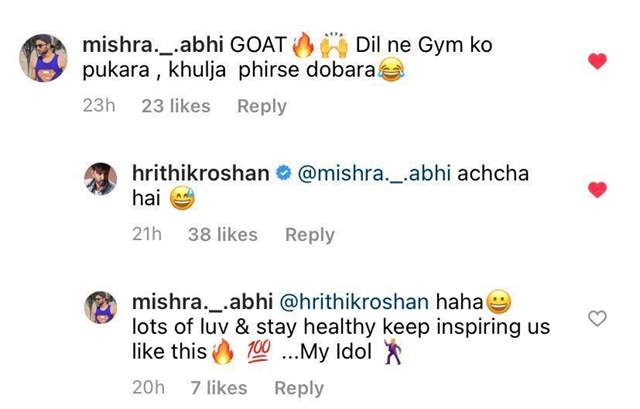 Referring to Hrithik's hit song, 'Dil Ne Dil Ko Puakara' from Kaho Naa Pyaar Hai one fan wrote, "GOAT???? Dil ne Gym ko pukara , khulja phirse dobara ??"  as the superstar replied saying, "achcha hai ??" to which the elated fan asked him to keep inspiring like he does and called him, his idol.

Another fan said, "The FIGHTER is Comming ??????" and raising anticipation amongst all his fans Hrithik replied, "he very much is. Yes sir."

Meanwhile, Hrithik Roshan’s fans received yet another sweet surprise on Monday as the actor dropped a breathtaking shirtless picture of him on his Instagram account. The actor’s ex-wife Sussanne Khan dropped a cheesy comment on the picture. “You look 21," she wrote.