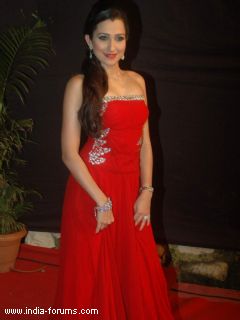 The pretty face Pooja Kanwal Mahtani who rose to fame with the show Palampur Express and then was seen in Star Plus's Sasural Genda Phool was very much appreciated by the viewers for her acting skills. She is seen in the popular show Sanskaar - Dharohar Apnon Ki and talks about her comeback in the show after a hiatus.

Pooja is excited to comeback in the show Sanskaar - Dharohar Apnon Ki and she shares, "I am just getting to know everyone on the sets and my co-actors have welcomed me very warmly. It's been extremely overwhelming feeling for me. I am feeling very happy to work with them and also this character is helping me do a lot as an actor which I am already feeling as I have started to shoot now and it's also helping me in improvising on my acting skills."

Further she elaborates it saying, "I have worked with Jay Soni earlier as well and so we share that comfort level amongst us. As my character is also opposite him so it's always good to work with someone whom you know and apart from it the entire cast seems to be like an amazing family. The love on the screen comes from the bonding and the way they are attached with each other off-screen."

We wish Pooja all the very best for her show Sanskaar.

Parm. 6 years ago You're doing an awesome job in your new role Pooja. Your quick change from normal to crazy/psycho acting is awesome!