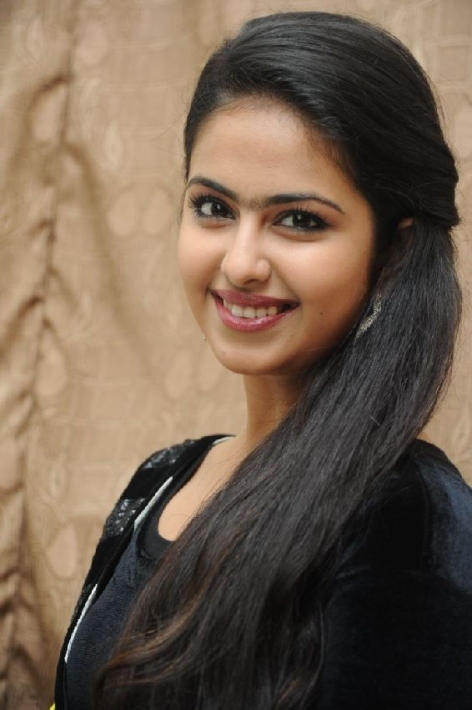 Passion. Work. Talent. Television actress Avika Gor has all the three ingredients to taste the success. Counted amongst the young and talented slots of the small screen, Avika has managed to set a strong foothold in the industry. Post her stint in the show Balika Vadhu, Avika managed to become the talk of the town with another daily soap Sasural Simar Ka where she plays a role bigger than her age. Now keeping her passion for acting very much alive with a few regional projects, she plans to spill her magic once again but on the big screen.

Avika will soon be seen debuting in Kannada cinema with the film Care of Footpath 2. Elaborating about the role, she says, "Here, I'm playing the character of Geeta. It's a story of four friends...how they turn into criminals and how they come out of it. It's based on a real life story."

Besides, the Kannada film Avika has one more Telugu project in her kitty which is titled as Lakshmi Raave Maa Intiki. When asked her about the same, she says, "Yes. The film is a love story and my role of Lakshmi is about a mature girl who's quite sensible and sensitive. Family values are her priority and she is very fond of her dad."

So, is Avika  playing the character bigger than her age in these films too? "Yup... Geeta is 18 years old and Lakshmi is a 19 year old. But these are just characters. The directors of the films have faith in me and my acting. However, one thing I do make sure that there are no such scenes which effects my actual age," explains Avika.

There is no criteria set for her to select any role. She just wants to pursue her hobby that is acting. Young actress Avika says that its her parents who help her in choosing films, "Mom and dad fix it all... from my side it's just one thing that I want to experiment with different characters... and they make sure that I'm comfortable doing my hobby."

Appreciating her interest for acting, we ask if she ever feared of being stereotyped, especially considering her role in Sasural Simar Ka.

"Roli's character is above 18 years. It's a very strong and an important character in the show. I have got to do so much as Roli. I got to play VIDYA... TAAR SINGH... JHUMKI... it's a pleasure doing such a character and I feel the chemistry of Roli and Siddhant (Manish Raisinghani) is the cutest of all on TV and again here because of my actual age lots of things are taken care of. It's not a conventional love story." And we agree!

However, the story of the serial has become quite predictable and is revolving around similar characters. Why is that so? "I think SSK's story is all about Simar-Roli-Bhardwaj parivaar and Khushi. Now there are new characters like Bhakti... Jwala Devi etc. There are many twists and turns coming up... audience love Roli and Simar solving their family problems and that's why till date the negative character Khushi (Jyotsna Chandola) is seen. Khushi's character gets Simar (Dipika Samson) and Roli in action."

If you are wondering that all this has been quite tiring for her, then you are wrong.  Managing all this is not a big ordeal for Avika as she is pursuing her passion. "I consider myself to be lucky to get all this at this age. Trust me... when you want something and you get it, it's not tiring at all. By getting this, I'm getting much more than a normal teenage life. I have a blog at the age of 14, hundreds of friends and well-wishers from all over the world, and I even get to do interesting stuff and explore myself," adding, "Studies has never been a problem. I concentrate well on it. For me, being street-smart is very important. So, I learn every lesson or a chapter of life every now and then."

What are the ways that keeps Avika fit and fine?

1. I'm into dancing since the age of 4. So, gyming is not a compulsion at least for now.

2. In terms of acting, I think every person I meet, I learn a gesture or anything related language...verbally or maybe body language.

3. It's never a NO for learning anything at any age. So, any kind of tuition are welcome... anywhere... anyhow.

4.Every scene which I'm doing is teaching me a lot.

5.I think the lesson of grooming yourself is important and it comes from within when you see so many different shades of people around you.

We wish you all the best for your future endeavors Avika!

suhanakkt 6 years ago Good luck Avika Gor, rosid rocks but hope they will get better track.

wamavasant 6 years ago Avika Gor and Manish Raisinghani are amazing as RoSid. Love you AviMan

Avika.Gor 6 years ago Avika Gor and Manish Raisinghani rockss ! We love u both a lot.