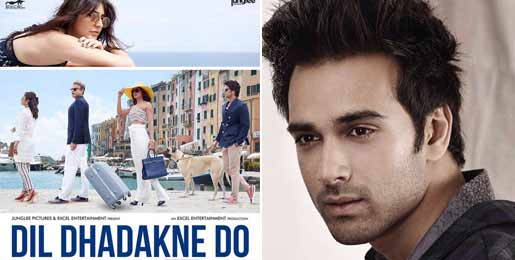 Actor Pulkit Samrat, best known for his role as Hunny in comedy film "Fukrey", says he is a big fan of filmmaker Zoya Akhtar and is excited about her forthcoming comedy drama film "Dil Dhadakne Do".

The 31-year-old has been actively promoting the film on micro-blogging website Twitter by reposting tweets of the cast, which includes Farhan Akhtar, Ranveer Singh, Anil Kapoor, Priyanka Chopra, and Anushka Sharma.

"I have always been a fan of Zoya's work. I can't wait for 'Dil Dhadakne Do' to release and have already begun the countdown," Pulkit said in a statement.

Pulkit made his big screen debut in 2012 film "Bittoo Boss". However, it was Farhan's production banner Excel Entertainment, which brought the actor into limelight with "Fukrey".

Pulkit will next be seen in "Bangistan", which is also produced by Farhan. The poster of the film has already been released and shows Pulkit in a different look.