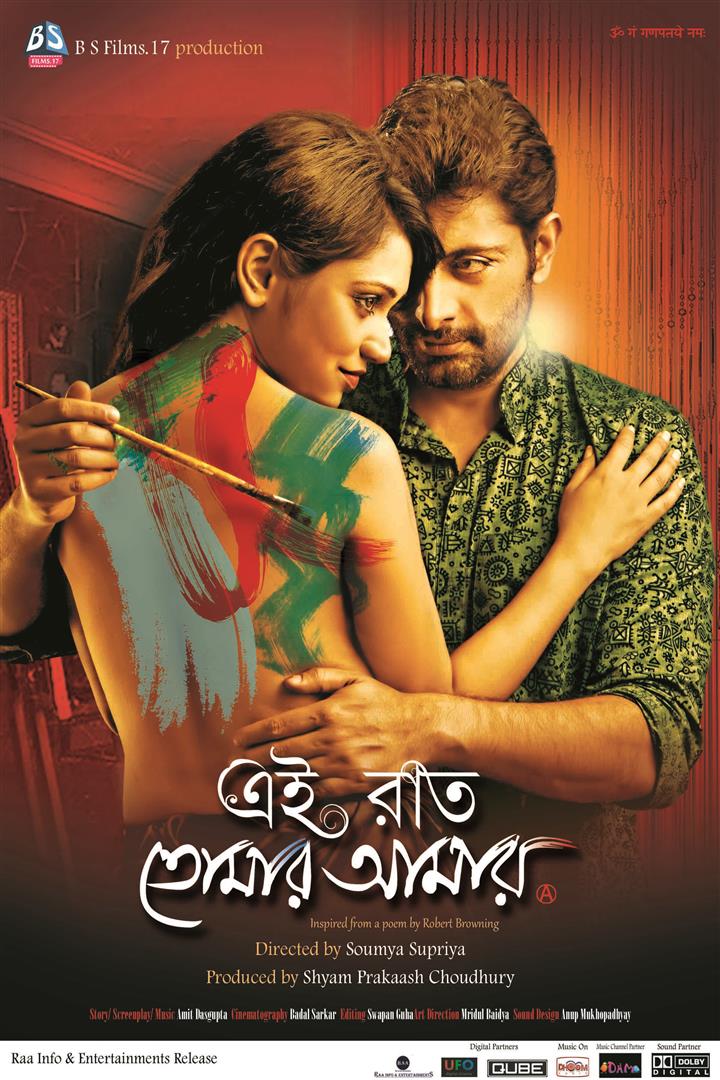 Priyanshu Chatterjee, the doe-eyed handsome hunk who won millions of hearts on his very debut in the film 'Tum Bin' is going to scorch the silver screen soon with 'Ei Raat Tomar Amar', a sensual saga.

Priyanshu plays the role of Arya who has got invalid due to an accident. This affects his love life and his girlfriend Nivedita decides to marry another person chosen by her family. But humans are the children of destiny and it had some other plans. Nivedita visits Arya for the last time to convey her final decision. Arya pledges to spend that night with him and Nivedita obliges. Their last night together turned into a night of passion as both gets engulfed by the fire of desire.

Inspired from one of the literary works of Robert Browning, this movie is the most romantic one portrayed on Priyanshu Chatterjee and the actor himself has confessed the fact quite a number of times. Priyangshu also praised Soumya and Supriya, the director duo of the film for coming up with such a unique concept. Priyanshu also praised them for capturing the highly explicit bold scenes so aesthetically.

The film releases in the month of July
0 Likes