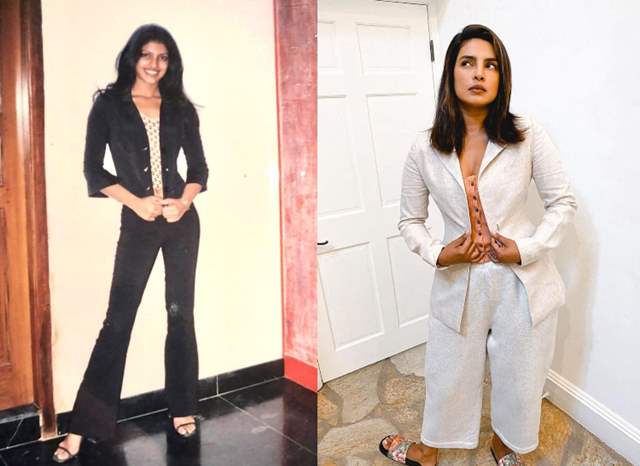 Priyanka Chopra has come a long way since her debut with The Hero: Love Story of a Spy (2003). The actress has stormed her way to the top with her impeccable performances and she spreads magic on the red carpet or the ramp with all the grace.

Recently, PeeCee shared an unseen picture from her teens. The actress is currently promoting her memoir Unfinished and she has been sharing pictures from the past along with trivia about her life ever since she announced its launch.

Taking to her Instagram account, the international star shared a picture of her 17-year-old self as she wrote, "Lean, mean and all of 17!!! #Unfinished."

For the unversed, Priyanka Chopra started her career as a beauty pageant contender. She won the Miss India beauty pageant at 18 and made her acting debut with Tamil film Thamizhan in 2002.

Recently, The Sky is Pink actress revealed two most uncomfortable looks during her interaction with People Magzine and shared that her Miss World dress gave her a lot of trouble.

Priyanka Chopra was crowned Miss World in 2000 to when she made her debut at the Oscars red carpet in 2016. The Sky is Pink actress has appeared on the best-dressed lists of several publications’ lists but those pictures missed the discomfort she felt.