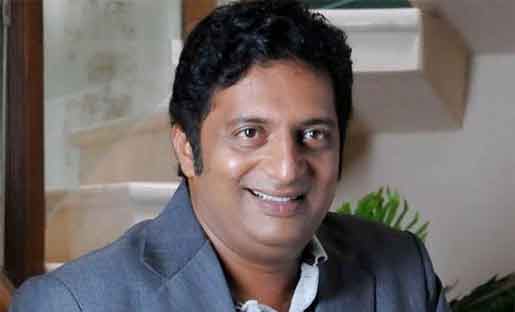 Actor-filmmaker Prakash Raj Tuesday had a narrow escape when his car was rammed by a bus while waiting at a traffic signal here.

The actor, who was recently seen in Akshay Kumar-starrer "Entertainment", said that although he was "shaken" by the accident, he was absolutely fine.

"Had a miraculous escape as a bus rammed into us from behind at a tragic signal. Cars jammed. Family thrown out of an auto," Prakash Raj posted on his Twitter page.

He said he was more "terrified" to see the reaction of youngsters to the accident.

"It was terrifying to see the youngsters. Instead of saving people who were lying thrown around, they were busy taking pictures. Shame. More than the shock of a possible death. I'm shaken by this inhuman attitude of people. What's happened to us? Where are we heading," he further posted.

"To one n all pouring concern n love to me. Was shaken for some time. I'm fine now. Thank you for your love. Smile be happy let me relax now," he further posted.