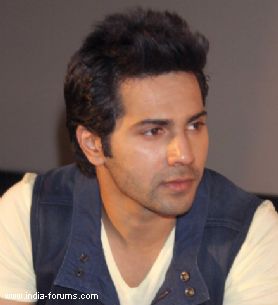 Actor Varun Dhawan, who has played a student and new-age Govinda in his past films, will be required to portray a character several decades older than his biological age and the 26-year-old says it will be the toughest role he will get to play for a very long time.

After his show-stealing turn as a new-age Govinda in his father David Dhawan's "Main Tera Hero" and a boy next-door character in his upcoming film "Humpty Sharma Ki Dulhania", the "Student of the Year" goes straight into Sriram Raghavan's untitled film.

"In Sriram Raghavan's film, I've what may probably be the most challenging role that I'd ever do in my career. I know I've just started out. But Sriram's film gives me a very complex character to play. I can guarantee you this would be the toughest role I'd get to play for a very long time," said Varun.

"I've to take my character through a number of generations. I've to play both younger and much older than my actual age. I've never seen anything like this before. Sriram's approach to filmmaking is very different from that of any other filmmaker that I know of," he added.

While Varun is not allowed to say any more about his role in Raghavan's film, it is reported that he would require enormous prosthetic support to play the older version of his character.

"Sriram is currently experimenting with various looks for Varun's character. The idea is to make him look convincing as a 60-year-old without drastically revising his looks or body language," said a source.