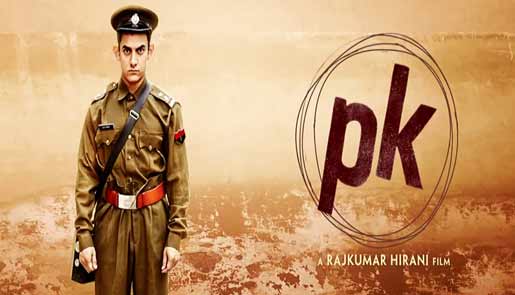 Aamir Khan-starrer "P.K." has minted over Rs.50 crore in two days in the domestic market, and trade experts expect it do "steady" business in coming days.

"It has collected at least Rs.55 crore in first two days. On the first day, it earned about Rs.26 crore. The next day, it managed to mint Rs.29 crore. They will earn profit, but expectations were higher," he told IANS.

"The film is being liked by people in metropolitan cities. It will maintain steady figures in coming days," he added.

"#PK has great growth on Saturday! This film is set for a looong and huge run at the box office," he tweeted.