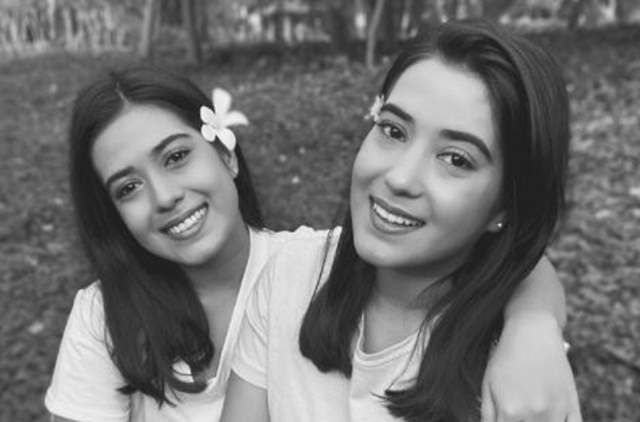 Twin sisters and actors, Prakriti Nautiyal and Pragya Nautiyal have been on the tube for a while now and have starred in multiple TV shows now. The Nautiyal sisters have been in shows like Naamkarann, Divya Drishti and Barrister Babu among others and have now bagged another role in a big show.

We all know that Pavitra Rishta Season 2 was in the conversation for quite a while and while Ankita Lokhande was set to return as Archana for this-time web show, the question was who would take over the late Sushant Singh Rajput as Manav. It was then confirmed that none other than actor Shaheer Sheikh was finalised to play the role and the shoot of the show kicked-off only yesterday where Sheikh and Lokhande posed from the shoot.

And coming to the Nautiyal sisters, they have been roped in to play important roles. Prakriti confirmed the same to IWMbuzz telling, “We are playing characters which we have never attempted yet in our career. It is a dream come true characters. Audiences won’t be able to recognize us as these roles are very raw and authentic and not stereotypical twins. We have always seen that twins are being portrayed as dumb and naïve but in this show, we will portray different personalities and that will break the stereotypical image of twins. I and my sister are grateful to Balaji and Aditya Surana, who is the casting director of the show. They have given us a beautiful opportunity to grow as an actor. We are glad.”