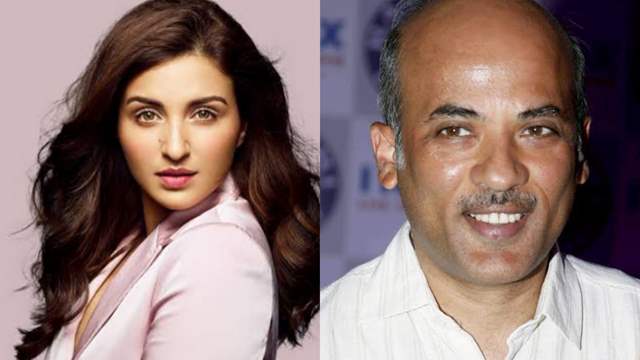 Bollywood filmmaker Sooraj Barjatya, who last helmed Prem Ratan Dhan Payo (2015), has commenced work on his next directorial venture Uunchai. Known for making high-profile family entertainers, the filmmaker has based his next on friendship and has been titled, 'Uunchai'

Parineeti took to Instagram to make the announcement post and also shared a couple of pictures wherein she is seen sharing a candid laugh with Suraj Barjatya.

The pictures are from Nepal. Reportedly, Parineeti will be seen playing a Nepali tourist guide in the film

The actor will be teaming up with Amitabh Bachchan, Anupam Kher, Boman Irani and Neena Gupta for Suraj Barjatya's next venture.

The film will reportedly be based on the theme of friendship and has been titled, 'Uunchai'.

Parineeti shared two candid pictures with Sooraj Barjatya along with it she also wished happy birthday to Amitabh Bachchan.

"Thrilled and honoured to be a part of the iconic cinematic universe of Sooraj Barjatya sir .Sooraj sir has defined, and is the torchbearer of India’s family entertainers and I can’t wait to work under his tutelage; alongside this stellar and incredible cast. Mr. Bachchan, happy birthday sir! This is a special day, and a special moment. @amitabhbachchan . Especially excited to be working once again with Anupam sir @anupampkher , Boman sir @boman_irani , and Neena mam @neena_gupta . And for the first time with Sarika ma’am and Danny sir. Let this magical journey begin. #Uunchai #SoorajBarjatya."

Earlier, a Bollywood Life report has stated that the team has already begun shooting and has shot a few scenes at Lukla airport in Nepal, close to the Everest Base Camp.

All Covid-19 safety measures are being taken and the health of the four leads stars has been prioritized, the report added.

Along with Uunchai Parineeti Chopra will also be seen in T-Series Films’ Animal opposite Ranbir Kapoor.

To be directed by Sandeep Reddy Vanga, Animal is set to get off the ground in April or May in 2022. The makers are planning to release it on Eid 2023.