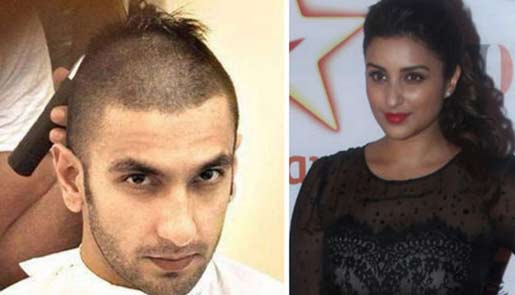 Ranveer Singh has shaved his head for his role in "Bajirao Mastani" and his "Kill Dil" co-star Parineeti Chopra is raving about his bald look.

"He is looking hot in his new look. There are very few men who look good when they are bald. I saw him after he shaved his head and he is looking awesome. I think 'Bajirao...' is going to be one of his best films," said Parineeti.

As far as Parineeti's own look is concerned, she is mostly seen as a girl-next-door in her films. She has yet to don a bikini.

When asked about the same, she said: "When I have the body for it and when I am in my right shape, then I will wear a bikini. Right now I am not the fittest. I am getting on to it."