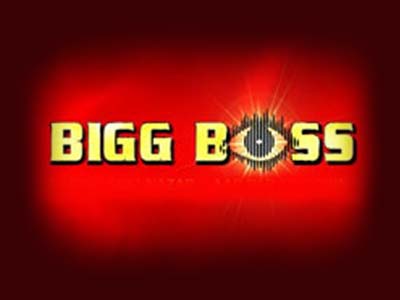 New Delhi, Oct 16 Women rights activist and dancer Gulabo Sapera, the latest to be evicted from 'Bigg Boss 5', is disgusted with the female contestants in the reality show.

'Aurat, aurat dost hote hain. Dushman nahin (Women are friends, not enemies). Par iss show mein toh sabhi dushman hain (But on this show, everyone is an enemy),' Gulabo told IANS over telephone from Mumbai after being evicted on Saturday night's episode.

Within two weeks of the show, the 'Bigg Boss' house became quite a battleground with fights among contestants Pooja Misrra, Shonali Nagrani, Juhi Parmar, Amar Upadhyay and Laxmi Narayan Tripathi among others.

'Women may be enemies in this 'Bigg Boss' house but in my house, my heart, women are friends and supporters of each other. Here, they are only hungry for fame,' she said.

Gulabo, who is the seventh child of her parents, was born in the nomadic Kalbeliya community. She was buried alive by her father after birth as he couldn't afford to raise another daughter. Her aunt rescued her.

She feels her simplicity was overshadowed by the crass, 'two-faced' contestants.

'I am not brought up to fight over trivial issues. I couldn't do that, couldn't add spice to the show by creating a ruckus. I didn't even gossip much and didn't maintain two faces in front of the participants.

'I was as I am in reality - I am an artist after all and I don't know how to manipulate and backbite,' she said, adding that this was the reason she was voted out of 'Bigg Boss 5'.

'I came with three boxes for three months. I had thought that I will stay for long. But I couldn't. However, it was a nice experience because I got to see a lot, I got to learn a lot.

'I learnt to be strong. Earlier I used to drink a lot of coffee and tea. Now I have learnt to live without it... or at least drink less of it. Secondly, I also learnt what games people play.'

Gulabo is happy on one count.

'People knew me by name but I have to credit the show for giving me face value. Now the public will know me by face,' said Gulabo, who wanted to use the 'Bigg Boss' winner cash prize to build a school in her hometown Ajmer.

'I feel sad I couldn't win the amount that could have helped me build my school. But school toh banega. I want to open my Kalbeliya school where students will not just be taught dance, but also other handwork like jewellery making,' she added.

Amar Upadhyay says ''I have always experimented with my looks based ...