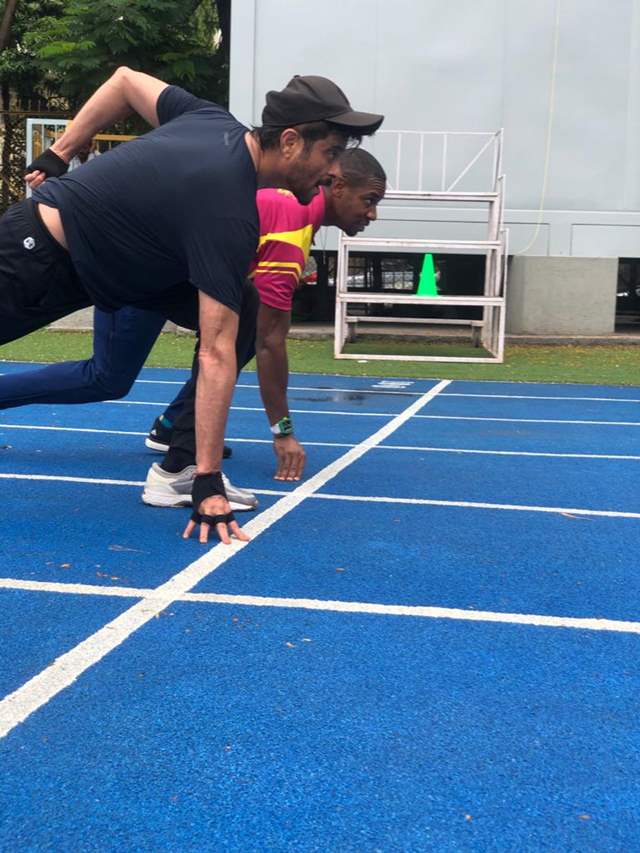 Fact that Bollywood actor Anil Kapoor is ageing backwards is something we are all aware of. The cinema icon has been giving major fitness goals to individuals across generations. If you're following the talented star on social media, you would be updated with his various workout videos.

Meanwhile, making headlines yet again, Kapoor recently headed out for a run on the beach for the first time post lockdown and shared a video of the same. Soon what happened was something that got all AK fans really excited.

Olympic winner and Jamaican sprinter Yohan Blake dropped a comment on the actor's post saying, "Looking good my friend",  to which the former replied as, "Thank you so much mate.. coming from you means a lot"

Amazing indeed! Getting such love from one of the world's fastest sprinters is truly applause worthy.

On the work front, Anil Kapoor will be next seen in the Vikramaditya Motwane directorial Netflix film AK vs AK alongside Anurag Kashyap. He also has Karan Johar's Takht lined up next.