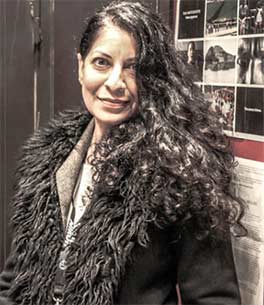 Running to packed houses in its third week, critically acclaimed documentary "The World Before Her" by Indo-Canadian filmmaker Nisha Pahuja Friday made its way to two new cities - Kochi and Surat.

"The World Before Her" first released in five cities - Delhi, Bombay, Bangalore, kolkata and Pune - across 18 screens. In its second week, it reached Chennai, Hyderabad and Ahmedabad.

The documentary, which explores the environment in which modern-day women are growing in India, has been raved over by critics as well as audiences.

The overwhelming response by the audience has made "The World Before Her" a hit at the ticket window.

"It's true that 'The World Before Her' has become the highest grossing Indian documentary. We plan to release it in other cities as there seems to be high demand," Shiladitya Bora, who manages PVR Director's Rare, told IANS.

The film focuses on two dynamically opposite women - model Ruhi Singh and Hindu nationalist camp member Prachi Trivedi - who struggle for freedom of choice even in the 21st century.

Well-known filmmaker Anurag Kashyap, who was moved by the film, has presented the movie in the country.