Here is Longinus giving an exclusive interview to Telly Buzz where he talks of his upcoming projects, his experience as judge of the reality show and much more... Featured Video
First of all, welcome to the world of Saas-Bahu nok-jhok...
Thank you so much for this welcome. I am  glad to be here.

After Jhalak Dikhhla Jaa’s first season where you partnered Shweta Salve, how has your journey been?
As you all know, I was part of Saawariya and Jaane Tu.. I also did a Hollywood project, Slumdog  N Millionaire. I have worked for a Children’s film that was shot in Bangkok, where we had to shoot between the animals, titled ‘Rama the Saviour’. My other upcoming films include 3 Nights and 4 Days, ‘Tum Milo Toh Sahi’ and Aftab’s ‘Sabse Peeche Hum Khade’.

So what made you judge this reality show, Saas V/s Bahu...
The concept of the show is very refreshing and innovative. You can never get such an ensemble cast to participate. Also, this is a daily show, so imagine the amount of hard work that the production house and the channel has put into this!! All these factors drove me to being a part.

What are your expectations from this show..
Well, I expect full and full entertainment. I have been having lot of fun judging this show and am enjoying this phase to the core...

What according to you is the USP of the show?
USP is surely the novel concept, as nobody would have seen such a show before!! Also, there are  many participants in the show who have taken to the dance stage for the first time in their lives, but still have managed to deliver top-notch performances.. This show will surely make a future for many of them, I tell you!!

How is it to be in the company of Aruna Irani?
It’s a honour to sit beside such a stalwart like Arunaji and it has been a great journey..

You have been supervising the choreography of the participants too...
Yes, it has been a laborious task for me, as I have to sit the whole day and judge. Later, I need to make it to the rehearsals as I supervise the choreography while my dancers tutor the contestants. Though strenuous,  I am glad that I am able to help new talents.

So is it that you and your team gauge the performance ability of an individual and give them the steps accordingly?
Yes, we did gauge the ability of every contestant and based on their grasping power, we have given them the steps. People like Shatrughan Sinha and Vinod Khanna for example are great actors, but they can never be classified as good dancers. Hence every individual has his/her own limitations.

How were the Saas and Bahus on stage? Will the age factor be the difference in this battle?
See, I believe that dance has no age bar or language bar. All depends on the manner in which you carry yourself on stage and getting your conviction right. Just watch the performance of Rita Bhaduri;  and you will know what to expect in the show. She is simply superb. Kishori Shahane is a dance freak, Vaishnavi has toiled really hard to get her steps right; Himani Shivpuri was mind-blowing as well as Neelam Mehra, Kitu Gidwani and Shoma Anand. Seema Kapoor though on the healthier side was determined to get her hat right. Above all,  I would say Krutika Desai was the surprise package of the show..

Coming to the Bahus, Juhi leads the Bahus and was simply awesome. Rucha Gujrathi was surprised at herself as she did not know she could dance so well. Jasveer Kaur and Shilpa Saklani were graceful and nice.

Lastly, any memorable performance you can recollect from the first week....
It has to be Juhi Parmar and Hussein. Both of them are like fire. You should watch Hussein’s solo act this week, it is mind-boggling... Their duet performance on Mere Haath Mein on the Rumba style of dance form had very sensuous lifts and was breath-taking, according to me... 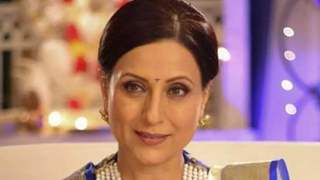 he seems to have loved the hussian juhi duet

great words for both

ju is leading the bahu's cool

+ 4
14 years ago Wow, cant wait to see their performance. HuJu are best.

+ 4
14 years ago juhsi performance was the best and outstanding
she rocks in whtever she does!!!!!!!!!!!
waiitng for hu ju dance togetyher