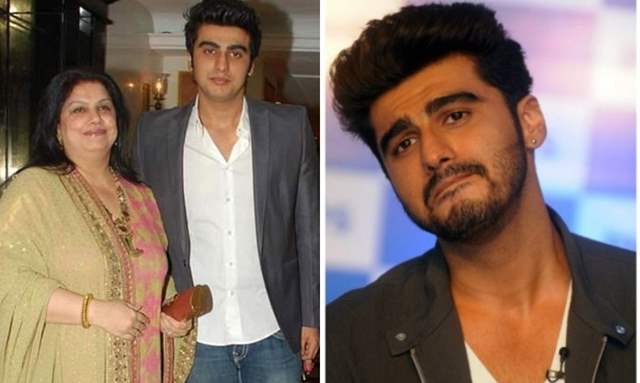 Arjun Kapoor lost his mother Mona Shourie in 2012 and while it’s been eight long years to her demise, the actor still cannot come to terms with her loss and says that the void will always remain.

“How does one deal with a parent’s loss? I don't know. It's been eight years (since his mother passed away) but I am still not an expert on dealing with it. It's not like I can give you any kind of take on it because every day is a new struggle. It's like your backbone is broken and they tell you to walk” Arjun told Zoom in an interview.

He says that his sister Anshula Kapoor is his biggest pillar of strength but when she was working in Delhi in the beginning years, he felt alone and kept running away from the fact that his mother was no more.

“Anshula was working in Delhi and I was alone. So I used to be just out working because I didn't want to be alone at home and that's how I tried to deal with it. I dealt with it by just running away from it. And then eventually I had to accept it and be home and realise that this is my life that I don't have her around” he shared.

The Panipat actor revealed that for six years, they did not touch their mother’s room after she passed away. “Something that I can share now....we had not touched her room for six years. But then the point is, it's not a normal thing to have one room completely locked up forever when you don't have place in the house right? But it's just that for me and Anshula, this house is her” Arjun revealed.

Talking about dealing with the loss, he says: “Whatever I do, that void will remain. So you can't deal with it beyond dealing with it as as it happens. You have to be spontaneous and understand it, accept it, smile about it, bitter sweet, think about her in a positive way and then move ahead."