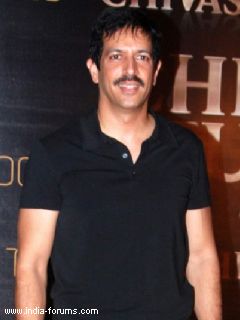 There is no outdoor location in the world more beautiful and enchanting than Kashmir and nothing can beat the magic of Gulmarg in winter, director Kabir Khan said on Friday.

Kabir Khan is currently directing Sajid Nadiadwala's thriller "Phantom", based on the 26/11 terror attacks in Mumbai and their fallout.

The film has Saif Ali Khan and Katrina Kaif in the lead roles.

In an exclusive chat with IANS, Kabir Khan said that for many years Bollywood could not come to Kashmir because of the situation, but now every filmmaker is trying to make up for the lost time.

"There is no outdoor location as beautiful and enchanting as Kashmir and there is nothing that can beat the magic of Gulmarg during the winters," he said.

"We have been shooting here for the last few days and we intend to complete soon."

"'Phantom' should hit the theatres before the end of this year. I am sure it would be received very well," Khan said.

The film has also been shot in Beirut in Lebanon.

Khan started his career with documentaries like "The Forgotten Army" in 1999, a documentary on the Indian National Army of Subhash Chandra Bose.

He later made "Taliban years and beyond" and "The Titanic sinks in Kabul".

He said he has always liked working in Kashmir and it was something spiritually refreshing and rejuvenating.

"Yes, Kashmir has a spiritual value addition for anyone who comes to do creative work here. There is no doubt about this and one has to come and work here to notice this," Khan said.

With the improvement in the law and order situation, more Bollywood directors are coming here to shoot their films.

In 2013, "Haider", an adaptation of William Shakespeare's "Hamlet" directed by Vishal Bhardwaj was shot here for over two months.

"She Has To Send Me a Complaint After Which I Will Look Into ...
13 hours ago