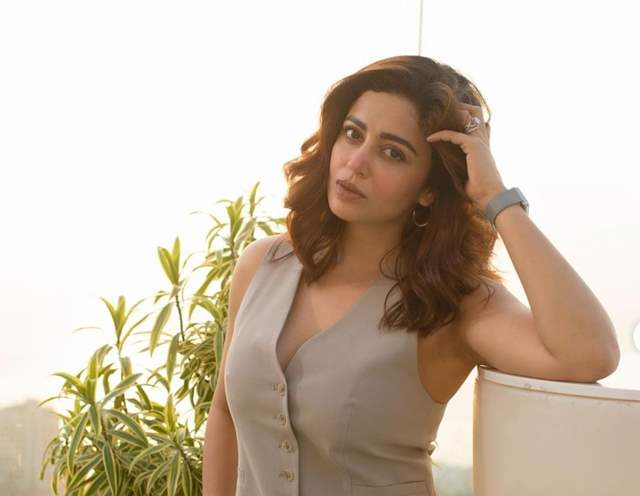 Only yesterday witnessed the long-awaited confirmation as to who will be playing the new Anita Bhabhi indeed. After long amounts of speculation post Saumya Tandon's exit, it was sealed that actor Neha Pendse has been roped in to be the new Anita Bhabhi.

Having being considered for the role earlier but only now, that being materialized, Pendse opened up on the same in an interview with ETimes.

She said, "Yes I am doing 'Bhabhi Ji Ghar Par Hain', but the fear is less now. Till September, there was a fear of the unknown. We didn't know how to handle it, unlike now. Even Shardul had said I should take up something only if the opportunity was worth giving my life for. Today, India is doing well in terms of numbers and the herd immunity is increasing. Iske aage if I fear and sit at home, I would be a coward. The vaccines are also round the corner."

She added, "Also, I visited the set once and the sanitisation and hygiene is to be seen to be believed. The producers, Benaifer and Sanjay Kohli are very responsible people. I have worked with them before and have a very god bonding with them from the time I did 'May I Come In Madam?' for them. It is now a great opportunity to be a part of a show that people look forward to seeing."

When asked if she known Tandon, who played the role earlier, she said, "Not personally, but I have worked with her in 'Comedy Circus'. However, I haven't interacted with her much."

We wish Pendse receives lot of love from the viewers as the new Anita Bhabhi.

Video: Varun Dhawan gets protective as paps call out wife Natasha as ...

Nehha Pendse receives a warm welcome on the sets of Bhabiji Ghar Par ...