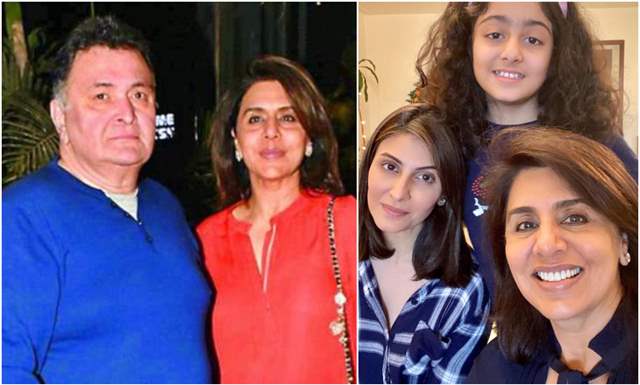 Apart from being an actor of high caliber, Rishi Kapoor was a doting husband and a father. With wife Neetu Kapoor and son Ranbir Kapoor always being by his side their family pictures made us smile. Wife Neetu remained stable through Rishi’s battle against cancer.

Neetu took to her Instagram account and penned a Heart-wrenching yet thoughtful note in the memory of late husband Rishi Kapoor. With emotional lines for hubby, she posted a picture with her daughter Riddhima Kapoor Sahni and granddaughter Samara Sahni.

Remembering hubby Rishi Kapoor, Neetu’s caption read, “A part of you goes with the person who has gone and a part stays with you.”

The film also stars Kiara Advani and is to be directed by filmmaker Raj Mehta, which marks the second collaboration of the Good Newwz actress with its director.