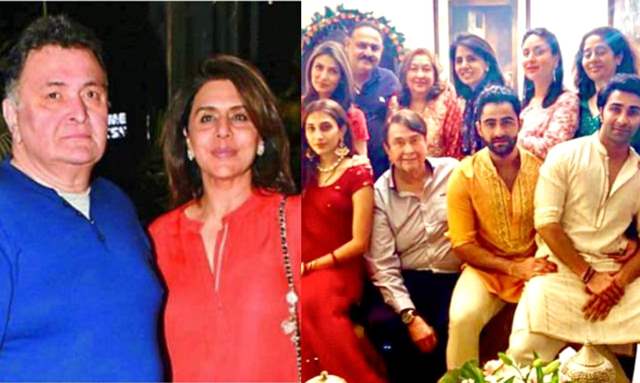 Apart from being an actor of high caliber, Rishi Kapoor was a doting husband and a father. With wife Neetu Kapoor and son Ranbir Kapoor always being by his side their family pictures made us smile. The Do Dooni Chaar actress remained stable through Rishi’s battle against cancer.

Yesterday, the entire nation saw Karwa Chauth celebrations and the fans were too excited to see their favorite celebrity couple getting into the festive spirit, fasting, and getting fancy with the rituals.

Unlike every year, the Kapoors celebrated the festival with the entire family and Riddhima Kapoor Sahni even shared pictures on social media as Kareena Kapoor Khan, Tara Sutaria, Aadar Jain, Neetu Kapoor, Riddhima, and others got together for a family dinner on Karwa Chauth. 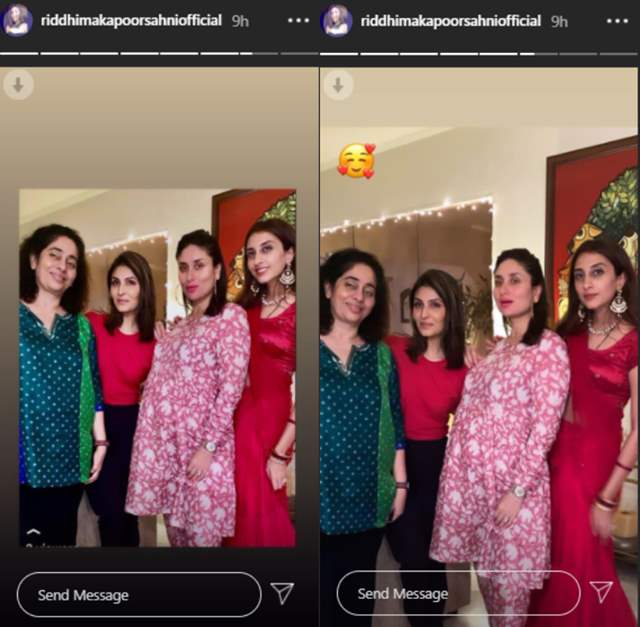 However, Rishi Kapoor’s sad demise has been a major blow to the family. Sharing a family picture Neetu remembers her late husband and mentioned, “miss you kapoor sahab.”

Earlier, Neetu took to her Instagram account and penned a Heart-wrenching yet thoughtful note in the memory of late husband Rishi Kapoor. With emotional lines for hubby, she posted a picture with her daughter Riddhima Kapoor Sahni and granddaughter Samara Sahni.