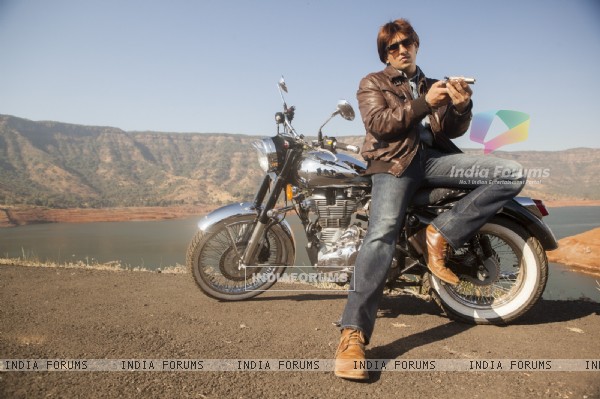 Ranveer Singh, who usually sports a grungy look with a stubble, has donned a clean-shaven and neat look in his forthcoming movie "Kill Dil". But he says his character is not metrosexual in nature.

Ranveer tries to experiment with his looks film after film -- whether it's with a moustache or with his haircut.

Talking about the look of his "Kill Dil" character, he said: "The funda behind it was that he will be clean-shaven with a 'katora' cut and red hair. I know that it's not my best look, but my priority is to look like my character rather than look good.

"There are some films in which the glam quotient is very high, but the 'Kill Dil' character is very deglam. He is not metrosexual guy. In fact, he comes from a low class background."

"She teaches him the finer things of life. It's a very soft character, and (director) Shaad Ali was telling me that after 'Gunday' and 'Goliyon Ki Raasleela Ram-Leela', we need to show your softer, innocent and endearing side," said the energetic actor.

Ranveer also had to put on some weight for the role "because in 'Gunday', my face looked hard as I had more muscle and less body fat at that time".