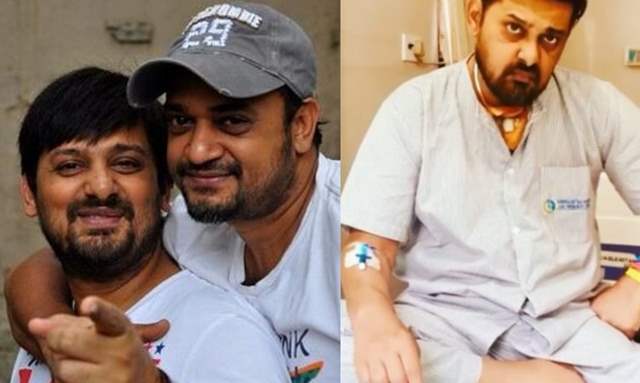 It’s been a few days since popular Bollywood music composer Wajid Khan left for heavenly abode. Wajid, 42, was suffering from Coronavirus and died because of a cardiac arrest on Monday morning.

Wajid’s unfortunate loss was a shock for all his family members, friends and fans all over the globe. Several Bollywood celebrities also took to social media to pour in their heartfelt condolences to the Khan family.

Also Read: Sonu Nigam Reveals Wajid Khan and His Wife Had Called Off The Wedding, says ‘I Played Mediator Between Them’

Wajid’s brother and his partner composer Sajid Khan shared a picture with his late brother and penned a beautiful message. His note read: "I’m in this world with mummy and you’re in that world with papa. #loveyoubrother My Jannat ka rockstar."

A day ago, Sajid had shared a video of Wajid from a hospital ward playing music on his phone. He penned a heartwarming note alongside the post that read: “Duniya chhut gayi, sab kuch chhuta , na tune kabhi music chodda,na music tujhe kabhi chodega. My brother is a legend and legends don’t die. I will always love you. Mere Khushi mein,meri duaaon mein, mere naam mein tu hamesha rahega.”

Some of Wajid’s popular songs include Soni De Nakhre, Jalwa, Hud Hud Dabangg and Chinta Ta Ta Chita Chita. Wajid’s last work was also for his godfather Salman Khan for the song ‘Bhat Bhai’ that was released on Eid a few days.

CINTAA ties up with Zindagi Helpline for combating suicides, ...
28 minutes ago

Sushant Singh Rajput Revealing about the Moment he Got Very ...
28 minutes ago