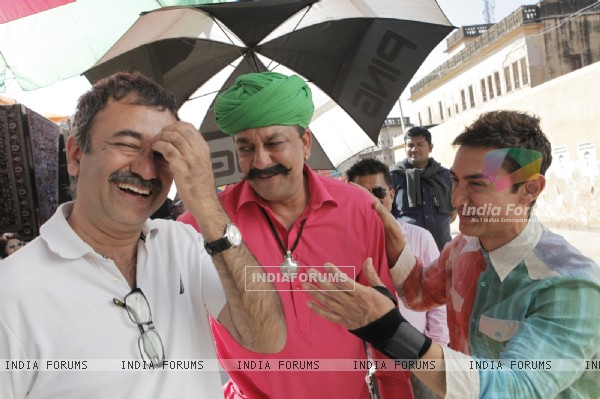 We have seen the ace director work only with Sanjay Dutt and Aamir Khan in his films until now. The director shares a very strong bond and level of comfort with both these actors. Hence working on a project like P.K. was a fun ride for all three of them.

Both the characters of Munna and Rancho went on to become memorable characters for the audiences and people remember them till date. Going forward, with P.K., it only looks like their characters in this upcoming film will become an extension to their identity.

Raj Kumar Hirani is extremely glad that he could get his two favourite actors together on board for this ambitious project of his.