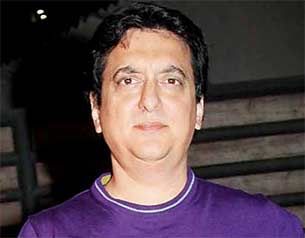 Sajid Nadiadwala's "Phantom" has begun its shooting schedule here. The producer says the film is shaping up well.

The film is set in post 26/11 attacks in Mumbai and global terrorism, where Saif Ali Khan and Katrina Kaif play the role of secret agents.

"The shooting for the Mumbai schedule has begun and we can see the movie progressing as envisioned. Both the actors, Saif Ali Khan and Katrina Kaif, have worked hard for their roles," Nadiadwala said in a statement.

Shooting for the action thriller began in October in Beirut, Lebanon where the cast and crew were provided extra security due to the political instability in the country.

Directed by Kabir Khan, the film is scheduled for a 2014 release.

Deepika Says 'Maal' Was Code For Cigrarettes; Denies ...
4 minutes ago