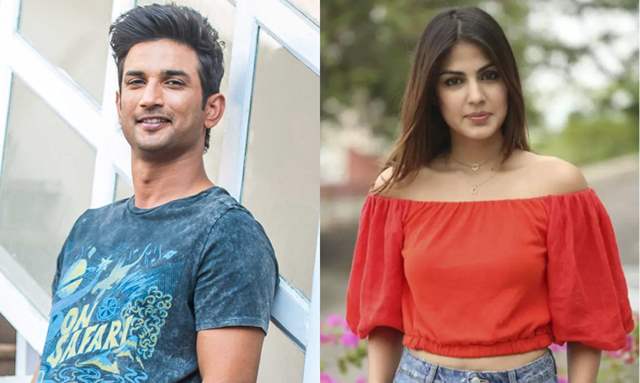 Sushant Singh Rajput’s sad demise has constantly stirred controversies that have stimulated fans to seek justice for the late actor. The actor passed away on June 14 at his Bandra residence. Reportedly, the case is confirmed to be transferred to CBI for investigation.

Although the investigation has been a turbulent ride for Mumbai police, another shocking revelation has surfaced. A Mumbai cop has revealed that he was contacted by Sushant’s relative and asked him, “to slap actor Rhea Chakraborty and keep her in custody without a formal complaint.” He also mentioned; the family alleged that she was alienating him from his family and misappropriating his funds.

A Mid-Day report quoted the cop who made yet another shocking statement and revealed that Sushant’s family has been trying to ‘mislead’ the public by releasing WhatsApp conversations.

During a recent interview with CNN News 18 Ex- DCP Bandra Paramjit Singh Dahiya said Sushant’s brother-in-law had asked him to call Rhea Chakraborty to the police station informally and to pressurize her.

Paramjit Singh Dahiya, who was reportedly the zonal police head of Bandra region till April 1, said, “Singh asked me to call Rhea Chakraborty to the police station informally and pressurize her.”

He said that OP Singh told him that Sushant’s family felt Rhea was ‘controlling’ the actor. “In February, he sent me WhatsApp messages, asking me to call Rhea to the police station and slap her. Rhea and Sushant were in a live-in relationship then. They wanted us to take her and someone named Miranda in custody. I told him we need a written complaint to take any action, but he didn’t file one.”

However, DCP Dahiya said that the family hadn’t submitted a written complaint and OP Singh had made the informal request via WhatsApp messages in February. Dahiya continued. “I can’t call the actor and slap her. This is against the law and O P Singh should know this... I had asked O P Singh several times to file a formal complaint, but he never did. Why is the senior IPS officer bringing up the matter after 45 days and spreading the wrong message that we didn’t act?”

In a shocking turn of events, Sushant’s father K K Singh has filed an FIR against  Rhea Chakraborty and five other people for abetment of suicide at Rajiv Nagar Police Thana in Patna. In a 5-page complaint against Rhea, he claimed that the actress made Sushant move houses, change phone numbers and also change his personal bodyguard and staff.

He also alleged that Rhea and his family duped Sushant's money and overdosed him on medicines by telling others that he had dengue. K K Singh also stated that Rhea threatened to leak Sushant's medical reports in public and instigated him to end his life.

However, Rhea denied all the allegations and said that she has been falsely implicated in the case filed by KK Singh and it has been filed "only to harass her". The Supreme Court is scheduled to hear Rhea Chakraborty’s plea seeking transfer of an FIR from Patna to Mumbai today on August 5, 2020.

Tippy-top 1 months ago Even if he said that, is that a big thing. In India, relatives come together and start beating the accused themselves before the police reach the place.

phadukaran 1 months ago had it been a star kid same officer would have broken all the laws, and hush up the case really fast. Shame

Payal Ghosh To File Official Complaint Against Anurag ...
43 minutes ago