As Zee’s Ardhangni battles out low TRPs, another twist was introduced in the serial, where the protagonist Priyam, played by Ajay Krrish falls off the terrace and gets badly injured. As Kangna, played by Sudeepa Singh tries her best to get her husband back to good health, the show witnesses another entry in Mukul Dev, who will now try to make things sour between the love birds. The Telly Buzz team talks to the actor on his part of the roller-coaster ride.. 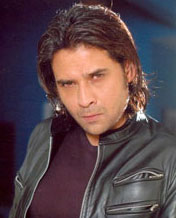 Featured Video
“I play an arrogant business tycoon in the show, who owns an Ad agency and who also happens to be Priyam’s business partner. Kangna has started coming to office, due the Priyam’s injuries,and when I see her, I am head over heals for her, and I believe that she’s the most beautiful girl in the world”, says Mukul. Adding on to the character, Mukul stated, “I play a grey shade, where I encourage Kangna to take up Modeling as her career, and this thus will bring in more miseries to Priyam and Kangna’s life.”

With a major revamp in the form of re-incarnation in sight for Kumkum, Mukul seems to be uncertain of his track there. Mukul Dev who plays the obsessed lover Pulkit in the serial, happens to be the thorn in Sumit and Kumkum’s life, which ultimately results in their death. “Major things are happening in Kumkum. I am not sure how my character will end there, or even if I am going to be a part of their new track. Let’s see!”, states Mukul.

Well, Mukul seems to be getting into a habit of playing the ‘obsessed’ lover again and again!! Only the creatives can save Priyam and Kangna now!!

14 years ago i love shahid kapoor and his achivements :-)

14 years ago ooh he did make us hte him alot in kumkum diddnt he?!! i absolutleu hated him!! and nw hes in kahani!! i hte him there too!! but really its just the character he plays!! hes a good actr other wise!!! thnx

14 years ago I saw the episode yesterday!
He has a great entry!

14 years ago Still waiting for this show to start in the US... but definitely like Mukul Dev, can't wait to see him!

+ 2
14 years ago mukul dev is such a cutie! i'm looking forward to his track in ardhangini!

+ 3
14 years ago I was wondering what had happened to Mukul Dev, thats good news

thanks for the info :)