After playing an obsessive lover in Kumkum Ek Pyara Sa Bandhan, Mukul Dev now returns to the Balaji camp after his long stint in K Street Pali Hill, with another negative role. Telly Buzz caught up with him to know more. 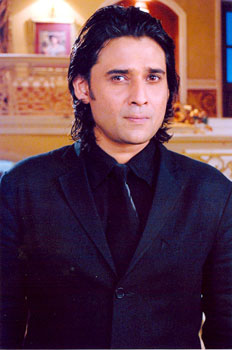 Featured Video
Mukul was quite exuberant that he was back in the Balaji camp and that too in Kahaani Ghar Ghar Ki as he said in the background when contacted to know more about the role, “Hey main Kahaani kar raha hoon” to which the person replied “Great boss, you will rock. Your personality is apt for the role.” About his role Mukul says, “I play the role of Vijay Agarwal in Kahaani.” Agarwal?? Does that mean he is related to the Agarwal parivaar then? Mukul laughs as he replies, “I am not a part of the Agarwal family, but I am connected to them in a certain way. The connections will be revealed slowly. But then, you can never say, he might be part of the Agarwal family too".


Adding further on the character, Mukul says, “The character is going to be around in the show for quite some time. And his USP is that he will keep the audience guessing what he wants, why he wants it, and why he is there? He has different shades and layers to his personality. You need to peel him like an onion to know what lies beneath all the layers.”


Well, it really looks like Mukul is experimenting with all kinds of negative roles as of now!!

rohit25_puri 12 years ago pls tell me where i can see Hare kanch ki choodiya by director''s cut nine gold on DD metro''s telecast.

akshispkm 13 years ago In where i can listen or see serial Hare kanch ki choodiya by director''s cut nine gold on DD metro''s telecast.

Mukul in KGGK? Lord... This Kahani is twisting and turning to no end! What happened to the rest of the gang... Keeping Paro on her toes!

Argh, bring AM back dammit!! and where's Suyesh??

14 years ago cool..very interesting...
He is superb in villian role

+ 4
14 years ago Hey....what is this now? What will happen to Saasha ? KGGK doesnt' need new villians...it needs writers....hoping that Mukul will spice up the story ....