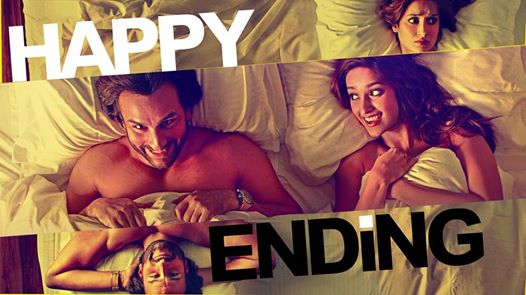 You eventually always have a happy ending in life as we do in our movies. But how I wish life was that simple. If Happy Endings were to happen in 3 hours it would be worth the try. This weekend's new offering Happy Ending is yet another film that tries to convince us that eventually everything in life becomes alright, its just a matter of few songs and three hours.
Yudi is a writer who hasn't written anything for few years. He is caught between finding inspiration and finding love. Armaan, a fading movie star who goes to Hollywood to get a Bollywood script written in a Hollywood style in his description to save his stardom. He hires Yudi for the same. The craziness comprises the rest of the story. 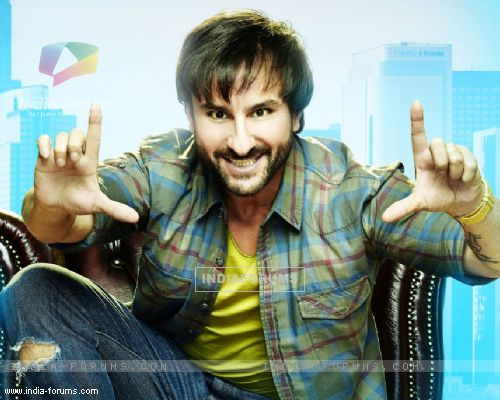 Saif Ali Khan plays the role of Yudi who claims to be a writer, after writing just a book. He plays this confused person, who is commitment phobic, and takes his life for granted. Actually he does what he does the best. Yudi is more or less a happy amulgamation of all his characters from Dil Chahta Hai, Salam Namaste, Cocktail etc. So he doesn't have anything new to offer as Yudi. But Saif has an interesting cameo as well in the film as Yogi in the film who is hilarious and worth watching.
Ileana D'Cruz who essays the role of Aanchal is the current best-seller author. She looks pretty in the frame, and that's all that she has to do in the film, and does it quite well indeed.
Kalki Koechlin plays Vishakha in the film, who is Yudi's girlfriend, well atleast she thinks so. Kalki is talent wasted in the film. She has played a madly in love character in Zindagi Na Milegi Dobara, but that was justified. May be the treatment to her character wasn't thought of well thus it didn't bring any impact to the story nor to herself. 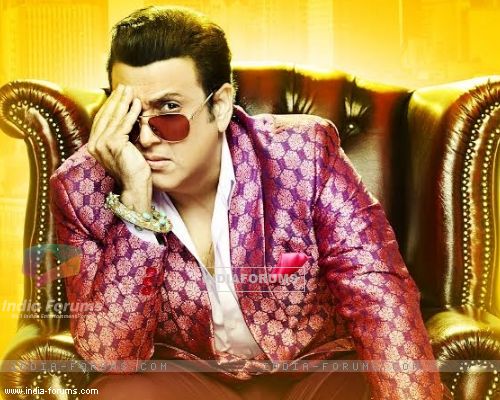 Govinda who plays the role of Armaan is a fading actor in the film. He has his punch lines but eventually doesn't share much screen time.
Music by Sachin -Jigar is quite good. G phaad ke is fun foot tapping party number, but doesn't use Govinda's dancing abilities to its best. Pussy cat is a quirky number but fun to hear. Meherbaan is a sweet romantic track in the album.
Editing is decent, but the movie seems a little slow paced in the 1st half.
Overall the story doesn't have an interesting twist to it, thus doesn't hit any high or low note and keeps going on in a neutral manner. Just to make the ending happy, the climax is put together in a haphazard manner.
All in all Happy Ending is a light fun film, and nothing much. You could catch a show for a Happy (week) Ending.
Anita Menon