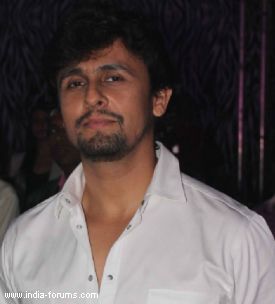 Technological innovations come with their pros and cons, and the Indian music industry is witnessing it all, says popular singer Sonu Nigam, who believes more singers are cropping up thanks to technology, but very few "music legends" remain.

"Earlier, singers like Lataji (Lata Mangeshkar) and Ashaji (Asha Bhosle) used to sing their songs in one take. The whole song used to be recorded from start to finish, and even if one instrument went awry, they used to start recording from the start."

"But now anyone can sing lines of the song in their voice, and you can correct each note to tune through the computer. So, anyone whose texture of voice is good, is now getting a chance to become a singer," Sonu said at the India Today Group's conclave Agenda Aaj Tak here Tuesday.

Whether this is right or wrong is not something that Sonu, a successful playback singer as well as live performer, wants to comment on.

"I am no one to take a stand. Every new technology has its plus and minus points. But all I can say is that when people like Suresh Wadkar and Hariharan or Talat Aziz and Pankaj Udhas come anywhere, we still stand in respect for them because they are legendary. Legends are real singers, and they are only few."

"What technology does is make 'doodh ka doodh and paani ka paani' (separating milk from water) about who can sing and who can't, but what it is also doing is giving the industry many singers," he added.