Shantanu Moitra returns after his classic 'Parineeta' to compose a soundtrack for the multi-starrer 'Laaga Chunari Mein Daag'. While fans of Moitra's genre will be delighted with the album, others wouldn't be disappointed either as he creates a soundtrack that is different, encompasses melody and doesn't miss out on the Indian classical touch.

Swanand Kirkire provides the lyrics for the title track 'Chunari mein daag', a brilliant piece of music. Vocals by Shubha Mudgal are a treat as her amazing voice does complete justice to the song. Someone who deserves special mention here is Mita Vashisht, known to have assisted Mudgal earlier, who contributes by reciting certain words at regular intervals.

'Ehi thaiyaa motiya', an all-in-all classical number finds a place in the soundtrack with Rekha Bharadwaj rendering it. Seeming to be a song picturised in a 'kotha', it has all the essentials that such a track usually has - tabla and background vocals - giving it a completely authentic feel. 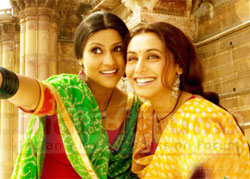 A masti song comes in next with 'Hum toh aise hai', a rare combination of Sunidhi Chauhan and Shreya Ghoshal singing together. Listening to the track is an enjoyable experience. With feel-good lyrics, the two female singers are joined by Swanand Kirkire and Pranab Biswas. The song, being an introductory piece and with a small town touch, succeeds in catching one's attention.

In 'Ik teekhi teekhi si ladki' we get to hear K.K. and Shreya's effortless vocals. The pleasant track is light, sweet and melodic.

'Kachchi kaliyan' turns out to be absolutely different from the earlier lot. A fast and peppy number, it has K.K., Sonu Nigam, Shreya Ghoshal and Sunidhi Chauhan providing the vocals. It includes certain folk lyrics interspersed with some English words too! A sure shot entertainer, this track is packed with lots of energy and is a typical number to be played during Indian weddings.

An average song comes in the form of 'Zara gungunalein chalo'. With a western touch to it, the track has been rendered by Babul Supriyo and Mahalaxmi Iyer. Moitra tries to give the track a romantic tinge by bringing in the guitar but the overall appeal of the number doesn't impress much.

The soundtrack of 'Laaga Chunari Mein Daag' has a very refreshing feel to it, but the compositions might not match up to Moitra's earlier works that have created ripples. 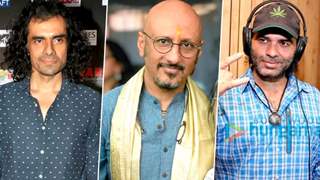 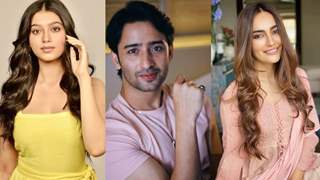