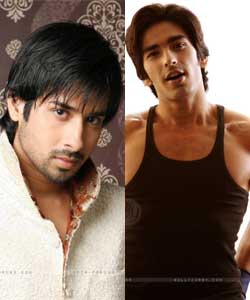 This year seems to be awfully lucky for Tellywood stars as their Bollywood dreams seem to be materializing. Last two months have been replete with the names of Telly stars who are trying their luck in the film industry.

According to our source -" Mohit Sehgal and Kunal Verma are making a debut in Bollywood with a new production house. We hear that Kunal has started shooting for the film. The producers are also debuting with this film and the production house name is Friday Rush Motion Pictures."

We contacted Kunal who confirmed the new- " Yes, I am shooting for my debut movie . I can't reveal the title and other details. It is a new production house and the producers are from Chandigarh."

These actors have proved their mettle in the television industry and we sincerely hope that they are able to replicate the success in Bollywood!

6 years ago waiting for ur comeback Mohit Sehgal..hope it happens earlier.

8 years ago love you Mohit... i know ur gona rock in d movie also... eagerly waiting to see u in d movie and of course Khamoshiyaan... :)

+ 3
8 years ago Love ya mohit , now eagerly waiting for film and ofcourse khamoshiya , u the best

+ 5
8 years ago Best of Luck for the movie Mohit..
Come back with Khamoshiyan soon..

8 years ago Best of luck Mohit...missing you onscreen terribly

+ 2
8 years ago Hi baby how r u? Love u so much mohit. I am so happy for u. U r trying so many things movies telly shows. My best wishes are always with u. Keep rocking.