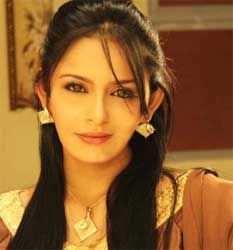 Mitika Sharma will soon enter Sahara One's Bitto in a role tailor made for her!! Well, the actress who has this penchant to negative roles will once again be seen playing a grey shaded character.

According to our source, "Mitika will play the role of Mallika, who is the love interest of Rohan (Vineett Kumar). Rohan is presently in the ICU and with the help of the doctors, Mallika enters as a nurse and will try to get her love back. Initially, the character will be shown as positive, but Mallika will reveal her true colors as the story unfolds".

When contacted, Mitika Sharma told us, "Yes, I am playing the character of Mallika. She is the one who will change the whole track of the story. She is a possessive lover, who will try to get her love back. I simply loved the character, so accepted to do it".

Bitto recently went thro' a revamp with the introduction of new leads, played by Hritu Dhudani and Vineett Kumar.

Bigg Boss 14: Eijaz Khan to enter the the house this Sunday

10 years ago seriously who watches Sahara One. It is soooo low on trps