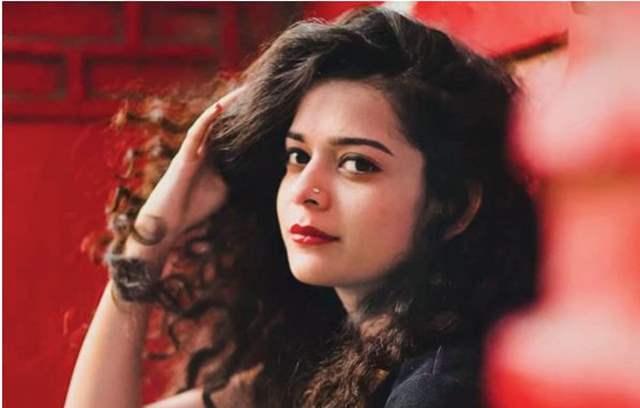 Ruling the streaming space with her cute avatar and curly locks, Mithila Palkar has always been a fan favorite. With her upcoming film - Tribhanga: Tedhi Medhi Crazy, she takes a leap into her character of Masha - a married woman in a patriarchal household. Her character craves a life that is secure & full of love for her children which displays the lack of family she felt as a child. Tribhanga: Tedhi Medhi Crazy is the story of a dysfunctional family of women and their unconventional decisions that display a complex family drama of human failings and flaws. The film is scheduled to release on Netflix on 15th January 2021.

Mithila Palkar, while talking about similar personality traits between Masha and her said, “I don’t think I am similar to Masha at all. The choices that Masha made were the ones that I would never make, but having said that I won’t judge her for that because I know where she came from and why she made those choices. I think the one thing that binds us together is that whatever are the decisions we take, we are going to be judged for some of them. I feel like we both are aware that we have the freedom to make a choice and are very strongly opinionated about the choices that we make - whether or not they fit in anybody else’s build or it is in sync with anyone else’s ideas, principles, or values. We know that it’s a choice that is going to make us happy and we’ve taken this call being very self-aware of what may or may not happen. I think that is the one thing that binds us together but otherwise, I don’t think there is anything that is similar. She is quite peaceful actually and a very quiet person who is to herself. I am quite the opposite of that - loud!”

Like the Odissi dance pose that is asymmetrical, yet mesmerising Netflix’s Tribhanga: Tedhi Medhi Crazy deals with the lives of the three female characters and their unconventional life choices.