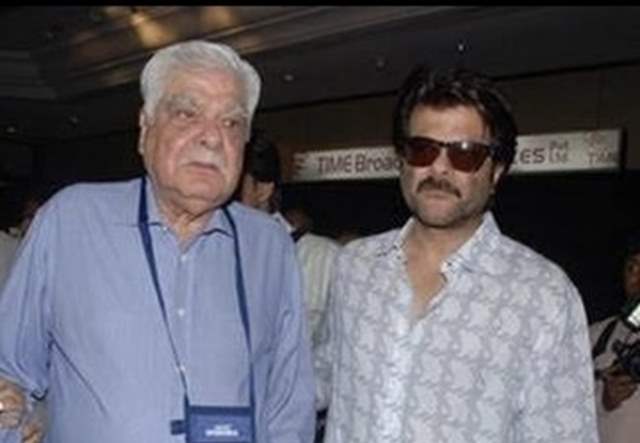 B-Town celebs have often used social media as a tool to express their emotions and feelings on various occasions.

A few hours ago, Kapoor took to his social media handle and posted a picture of him, penning a touching note about how much he misses him.

Anil’s note read, “It's been 11 years since we lost our father. 11 years of trying to be more like him, of modeling our characters along his so we can be better people.. His honesty and loyalty towards his friends and his progressiveness with his children are traits we continue to aspire to. Missing you a little extra today Papa” 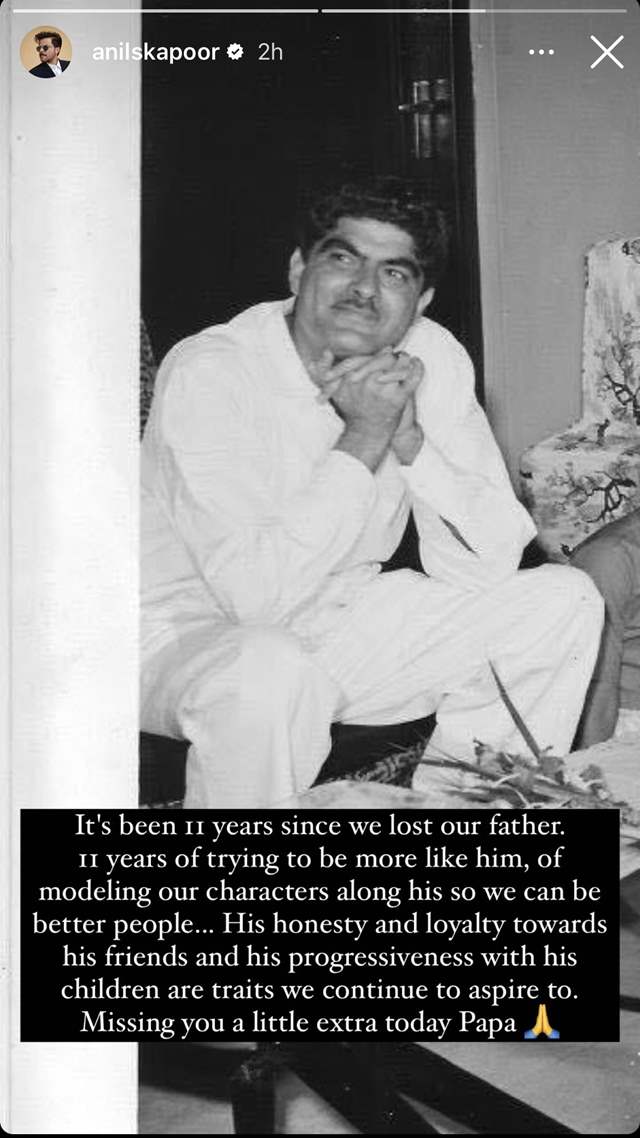 For the unversed, Anil Kapoor’s father Surinder Kapoor was a film producer. From 1995 to 2001, he served as President of the Film & Television Producers Guild of India in addition to producing Bollywood movies. He was born in British India's Peshawar (in present-day Pakistan). Surinder Kapoor was from a Peshawar-based Punjabi Hindu family. He is an unaffiliated member of the Kapoor family. He lost his life on 24th September 2011 after suffering a cardiac arrest.

Talking about Anil Kapoor’s professional life, the actor was last seen in the family drama JugJugg Jeeyo and like always was hailed for his exemplary performance in the film.

Next he will be seen in ‘Animal’ alongside Ranbir Kapoor. Anil will also be a part of ‘Fighter’, which also stars Hrithik Roshan and Deepika Padukone in pivotal roles.