While it is always being said that shows on Indian Television are women centric and do more justice to female roles, take a closer look and you will see that it is in fact the leading men who get a chance to play various shades of character.

Even as the female protagonist in all our shows are shown to be the same - good at heart, coming from a simple background who value home and get married as per their parent's wishes and from an independent, flamboyant character turn into docile bahus, it is the boys who get to display a variety in character and acting skills.

We tried to categorize the male leads, so read on... 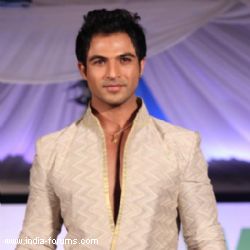 Saath Nibhana Saathiya on Star Plus

Ahem (Mohammad Nazim) is a Mumma's boy who leaves his girlfriend to get into an arranged marriage with an illiterate girl Gopi (Devoleena Bhattacharjee) who is his mother's choice.

Rajveer (Rafi Malik) is shown to be a prince from a Rajasthani royal family with an influential political background. He has studied abroad but the momma's boy comes back since his mother nurtures political ambitions for him.

Nikhil (Vibhav Roy) has a mom who hates him since she thinks he is responsible for his elder brother's death. He is soft hearted and gets married to a rustic, village girl Laajo (Sana Amin Sheikh) to keep his grandfather happy but now to make peace with his mom he seems to be going back to his first love, Ishanaa (Parvati Sehgal).

Mischievious to the core -

Karan Modi (Karan Sharma) is a young, rich brat who loves life and is not happy with his marriage to Saakshi (Krystle Dsouza). While he loves his mother (Poonam Dhillon) he is shown to be scared of his father. He has a mischeivious side too and is living his life to the fullest. 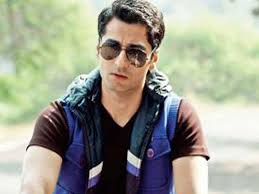 Zain (Harshad Arora) was a much lovable character who despite his mischievous ways is a good, fun loving guy who has to get married to his own cousin Aaliya (Preetika Rao) due to his father and has a turnaround of behavior as he starts hating her.

Suraj (Anas Rashid) is a simple halwai and a self-made man who wants to see his wife Sandhya (Deepika Singh) succeed in realizing her dream of becoming an IPS Officer.

Ram (Ram Kapoor) gets to play his age as a 40 something businessman who loves his life and food too. While it was earlier shown that he is dominated by his stepmother he gets married to a mature girl Priya (Saakshi Tanwar) and after getting married for the sake of their families they start loving each other too. After separation and getting back together the story has now moved forward with Ram now shown as daddy to grown up girls.

Sohum (Adhvik Mahajan) is the good guy who sacrifices his love for Bani (Shefali Sharma) and gets married to her cousin Rajji (Neha Bagga) instead. 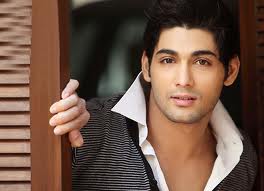 DV (Ruslaan Mumtaz) is a cute boy next door who is shown to be very much in love, good to all and has lost his heart to an older girl Saachi (Sangeeta Ghosh) whom he gets married to.

Naitik (Karan Mehra) is shown to be an ideal husband and his character has evolved from being a young guy to a responsible and matured man who is now a father himself sharing the responsibilities of his family.

Veera on Star Plus

Veera's elder brother Ranvi (Shivin Narang) gets to play the loving caring and good boy role who is shown to be a very caring brother right from his childhood and has grown up into a protective big brother to Veera (Digangana Suryavanshi).

This show has not one but two good looking guys as good at heart characters. While the obedient son of the family Anand (Vipul Gupta) is shown to be a responsible boy who can carry off the responsibilities of his family on his shoulders well, the about to become son-in-law Kunal (Ravish Desai) has been shown as the one who takes decision on an impulse but is loving too.

Male leads with shades of grey -

This popular serial which just took a leap had RK (Vivian Dsena) in the role of an arrogant Bollywood superstar with a starry attitude. Now it has to be seen whether this tradition is taken forward by the new star of the show Abhay Kapoor (Gunjan Utreja) post the leap, as he gets to romance Madhu (Drashti Dhami).

Mritunjay (Viraf Phiroz Patel) is not only the son to a rich businessman he is also a convict in prison as the show starts. His marriage to Tara (Chhavi Pandey) when he is still in jail and his subsequent release from prison leads to the real character of his personality come out. 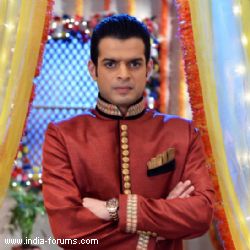 Ye Hai Mohabbatein on Star Plus

Raman Kumar Bhalla (Karan Patel) started off as a divorcee and a single dad who gets into a marriage for convenience to his beautiful next door neighbour Ishita (Divyanka Tripathi) only to get his little daughter's custody.

Sameer Verma (Vikas Manaktala) as is a mysterious character who is a successful businessman shown to be a humble, helping boy initially but his character goes for a change after his marriage to Shikha (Aishwarya Sakhuja).

Rudra (Ashish Sharma) as the name suggests is an out and out angry young man who loves his job as an officer who can gun down victims and hates woman to the core. However, his marriage to Parvati (Sanaya Irani) under unusual circumstances might just lead to a blooming romance and a change in character for Rudra.

Samrat (Mohit Mallik) is much loved by his mom and reciprocates his love for her too but is extremely rude and arrogant to all around him. He insults his family and his wife Urmi (Neha Marda) too at the drop of a hat and doesn't even regret it ever.

Parmeet (Gaurav Chaudhary) is the ultimate villain who gets married to Bani (Shefali Sharma) just for her family property. Shown as an NRI who abandons his bride after marriage his is a harsh but a character which can be found in real life too.

As the sauve, rich businessman Anshuman (Iqbal Khan) is shown to be a manipulative guy who tries his best to get Paakhi (Shraddha Arya) out of his house and life but ultimately he is a softie at heart who may fall in love with this child bride who is also his first wife.

The rich businessman's son Shlok Agnihotri (Avinash Sachdev) with his arrogance, rude behavior and hatred against women marries Aastha (Shrenu Parikh) only to take revenge from her for insulting his father. Post their marriage Aastha's life becomes hell and she is tourchered by Shlok to the core. 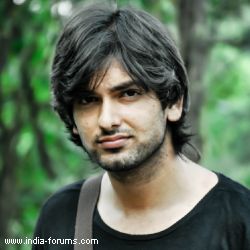 Ek Ghar Banaunga on Star Plus

Jai Kishan (Jay Soni) goes abroad but comes back and settled with his wife in India.

Jagdish (Shashank Vyas) has many shades to his character right from his child marriage to his leaving his wife for another woman and then settling down with a third one.

Vartika07 6 years ago Viraf is great as MJ n so as Ashish as Rudra n I love u Iqbal Khan as well.

mcrazy4drashti 6 years ago Drashti Dhami loveee u fr what u are...muaaah to d prettiest gal

mrityunjay aka Viraf Phiroz Patel u r too dashing
ggg

and u have awesome chemistry with shrenu parikh...love u two as aastha and shlok..