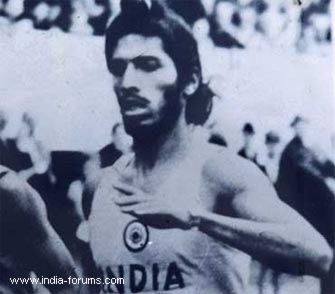 Rakeysh Omprakash Mehra, who is currently working on one of his most ambitious projects "Bhaag Milkha Bhaag", is keen to shoot the film in Pakistan.

The film, a biopic of Olympian sprinter Milkha Singh, stars Farhan Akhtar in the title role and the director believes that shooting the film in neighbouring country will give it authenticity as the iconic athlete was born and brought up in a town that is now in Pakistan.

"Yes we are quiet keen to shoot in Pakistan to get more authenticity. We will be applying for permission soon," Mehra said in a statement.

Known as The Flying Sikh, Milkha Singh was born in Lyallpur which is now in Pakistan's Punjab province and has been renamed Faisalabad. He represented India in the 1960 Rome Olympics the 1964 Tokyo Olympics.

Meanwhile, Farhan is working hard for the project. Not only has he started growing a beard and wearing a turban to perfect his look, but also met the athlete for tips.