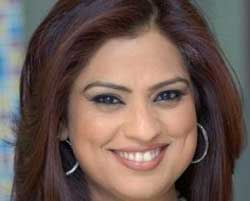 Zee TV and Sunshine Productions' 12/24 Karol Bagh will soon have a Special Episode that will see the Sethi family performing Mata Ki Chowki.

This episode will be aired this Wednesday, wherein the very popular playback singer Richa Sharma will be seen singing praises of the Mata.

According to our source, "Richa Sharma will perform at the Mata ki Chowki in Karol Bagh. This is the second time that the Sethi family will be organizing a Mata Ki Chowki. There will be many twists that will happen in the episode. One of the high points that will be seen is that Nakul's bad intentions will be revealed".

When contacted, Producer Sudhir Sharma confirmed the news and said, "Yes, we are doing a Mata Ki Chowki and Richa Sharma who has sung many popular songs in Bollywood will be performing in the event. She will sing a Special Mata Bhajan too for the episode".

Richa Sharma's recent number Sajda from My Name is Khan won her lot of acclaim.

10 years ago Waiting for the same. I m sure Abhi matarani will save you

10 years ago wow!! thats something very unique..welcome Richa,you are a very impressive singer and I am sure will rock Mata Ki Chowki on 12/24 Karol Bagh..

+ 5
10 years ago Thanks.
Looking forward to this episode.

Looking forwward for this and i like Richa she is amazing

10 years ago thats a g8 news. Looking forward to this episode. Mahaepisode again? Thats g8. Y r no promos shown for it?

10 years ago looking forward to it. hope the turn and twists in the episode is worth watching also

+ 6
10 years ago REALLY PLEASE TO KNOW THE PROGRESSING PATHS OF KAROL BAGH.