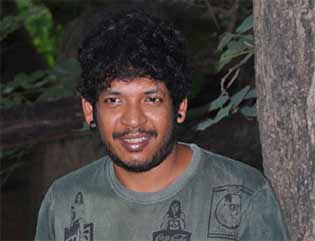 After two not so successful Telugu films, filmmaker Ajay Bhuyan, who is making his Bollywood entry with forthcoming romantic-comedy "Amit Sahni Ki List", says making inroads in Hindi filmdom was not challenging because work was offered to him and he never went searching for it.

"Getting into Bollywood was actually easy because after I finished my first film, out of the blue someone called and asked if I would like to direct a Hindi film. I said yes but on the condition that I will make changes to the script if needed. I never went in search of work, it came to me," Ajay told IANS.

"It was easy getting the job, but it took us almost two years to get the film released. I think that was the challenging part in this whole experience," he said.

Starring Vir Das and Vega Tamotia in the lead, the film, which releases Friday, is a rom-com narrated from a guy's perspective, says Bhuyan.

"It's a rom-com and I think such films are usually from the girl's point of view. This film is from a guy's point of view. Pardon my language, but instead of a chick flick, I would call this a dick flick. There's nothing vulgar about it but it's just that the reference is more suitable to the story," he said.

Vir and Vega were already part of the project before Ajay was signed on by the makers.

"Vir was fortunately attached with the project even before I came on board. Five minutes into a meeting, I realized Vir was perfect for the role as both of us had so many things in similar and I felt I can work with him without hassles," he added.

Quizzed about the difference he found in Bollywood after working in Telugu industry, Ajay said: "Everything is more or less similar except for the fact that the actors in Hindi are willing to rehearse and even undergo acting workshops before the start of a project".

"The two months' workshop before the start of the Hindi film made things really easy for me. You can't expect actors in south to take up such classes because they don't have so much of time on a project," he added.

Although keen on directing another Telugu film, he said, "It might take me a while before I return to Telugu. For now, I'm going through couple of scripts".

Soundarya Sharma on making it in the industry without a Godfather: ...