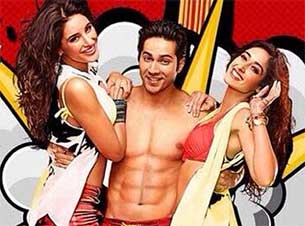 The movie released April 4 in Indian theatres and has managed to mint over Rs.35 crore, said a statement.

The film's story revolves around Sreenath Prasad (Varun), a notorious boy in Ooty. He drops out from college to pursue his education in Bangalore where he falls in love with Sunaina, essayed by Ileana. But Sunaina is forced to marry Angad, played by Arunoday Singh, a local police officer who is more of a terrorising gangster.

"Main Tera Hero" was promoted heavily across all quarters and its songs had gained a fan following prior to the film's release.