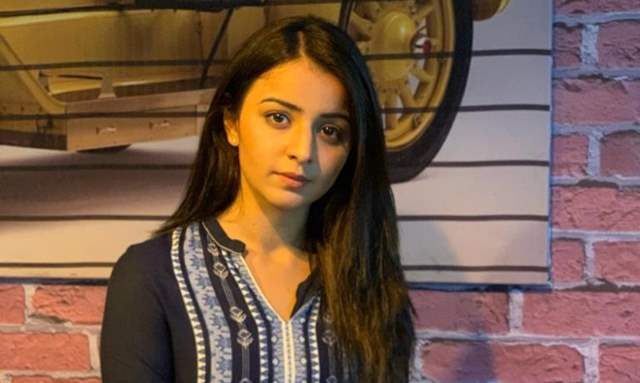 Mahima Makwana is back with her second Telugu film, Mosagullu, where she plays a character named Soha & is shown to be a confident, aware and smart individual in the film. The film released yesterday and also features Vishnu Manchu, Kajal Aggarwal, and Suniel Shetty.

Ask her how pumped up are you about working your way through the big screen, she said, ''Well, I’m really excited. The journey has been full of ups and downs yet it’s the beginning. I’m here to narrate stories, explore my love for the art of acting, and in the process entertain people.''

Actors often say that they don't want to be limited to a certain medium, as someone who has done TV and is now doing a film, ask her on her take on it and she says she is excited to see what unfolds. She said, ''Every platform has its own essence & I am not on a level to make an opinion on it as yet. I cherish working in all of them equally. I aim at being promising & honest in my craft whilst selecting scripts for that matter. I find theatre intriguing & would like to explore that sometime in my life. Films are a dream for any artist & working in them gives you utmost satisfaction. Everything has its own challenges and I hold no qualms about it. I’m excited to see what unfolds for me in the film industry.''

Mosagullu is based on a true story regarding the biggest IT scam that happened back in the day.