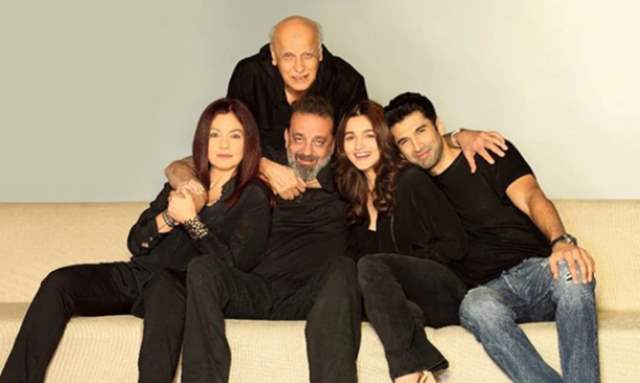 Today, Pooja shared a few pictures from the sets of Sadak 2 and penned note from her beloved father for the fans. The note revealed how the team has finally begun the last leg of their journey and there’s no reputation to hold on.

Previously, Mahesh Bhatt and his family were called out by actress Kangana Ranaut. Apart from that, Sushant Singh Rajput’s death has also stimulated the debates about nepotism and several Bollywood celebrities were caught in the fire along with the Bhatt family. Netizens have also threatened to boycott their forthcoming movie Sadak 2 which is directed by Mahesh Bhatt, produced by Mukesh Bhatt and stars Pooja and Alia Bhatt in key roles.

Now, addressing the same Pooja quoted her father as he mentioned that “If the film works it belongs to all of you. If it does not, it’s mine.”

“Note from my father-

Today as we begin the last leg of our journey.I feel unshackled! I carry no burden, no weight. No reputation to hold on to.

No mission to accomplish. Nothing to prove to anyone.

If the film works it belongs to all of you. If it does not, it’s mine.That’s the duty and also the privilege of the Director . You all gave me so much love and support for which I am very grateful. I love this film because each one of you made this possible.

Ahh now I feel like a free bird. My wilderness is calling me. Saying “Mahesh chalein? “

Today the team of Sadak 2 revealed that the upcoming film is all set to release on August 28. Sadak 2 is the latest title to join the ever-growing list of films opting for a digital release during the pandemic, which has brought many industries, including entertainment, to a grinding halt. It was announced as a part of Disney+ Hotstar’s slate of Bollywood acquisitions, which include Sushant Singh Rajput’s Dil Bechara, Akshay Kumar’s Laxxmi Bomb, Ajay Devgn’s Bhuj: The Pride of India, Kunal Kemmu’s Lootcase, among others.

Neil Bhatt talks about prepping up for Ghum Hai Kisikey ...
-35 seconds ago