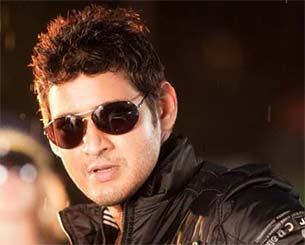 Superstar Mahesh Babu is impressed by his seven-year-old son Gautham Krishna's ability to lip sync and mouth dialogues in upcoming Telugu action-thriller "1: Nenokkadine". Gautham plays the younger version of Mahesh in the film, slated to release next year.

"Mahesh was extremely happy that Gautham was able to perfectly mouth his lines in the very first take. He didn't even need retakes as he was so confident with his lines and even produced the required modulation for the scenes," the film's director B. Sukumar told IANS.

"Gautham's role is very important from the perspective of the film's narrative. He will be seen in the flashback scenes of the film and has some very good lines to deliver," he added.

Produced by 14 Reels Entertainment, the film has music by Devi Sri Prasad.