Subhash (PARESH RAVAL) has spent the last 10 years unsuccessfully trying to get acting parts in films. He makes ends meet by his uncanny ability to think on his feet committing small time cons on unsuspecting victims. 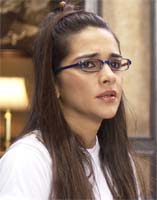 Featured Video
One night he saves a man's life, to do so he puts his own at risk. He accompanies the injured man back home. Subhash is awe struck at the grandeur and affluence of Mr. Adenwalla. (NASSERUDIN SHAH) Subhash realizes this may lead to a generous tip.


Soon enough Subhash is hired by the grateful Adenwalla as his driver. The wife Mallika Adenwalla (NEHA DHUPIA) resents Subhash for his proximity to her husband and senses this man taking advantage of her husband.


Subhash now firmly ensconced in Adenwallas house and heart discovers his wife's evil designs. On the other hand, Adenwalla, driven to the point of insanity by his money hungry wife decides to take the ultimate revenge. He puts his wife in a catch 22 situation by throwing down a challenge.


Subhash recognizes this as an opportunity to rid him-self of a life time of middle class mediocrity and poverty. He collaborates with Mallika to acquire all the money and property.


Working hand in glove, they get a caretaker (TARA SHARMA) with the help of their family lawyer (BOMAN IRANI) to be a witness to an ailing Mr. Adenwallas presence in the house which they concoct their plans.


Several thrilling situations arise in their plan, ranging from false alibis, double-crossing, phony kidnappings to hidden agendas which wreck havoc all around.


But even the best laid plans can go awry and this brings ACP Gokhale (OM PURI) and Inspector Borkar (VIVEK SHAW) into the picture.


How the scheming Subhash gets trapped in his own lies and how he finally manages to save his skin, forms the crux of the story. 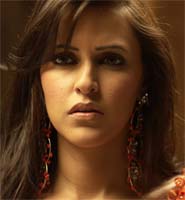