Mumbai, Dec 1 (IANS) Anil Mehta's portfolio as a cinematographer reads like the best films list of recent times. But for now he is weighed down by the task of being director of Madhuri Dixit's comeback vehicle 'Aaja Nachle'.

'Oh my god, you don't know how the responsibility of making her (Madhuri's) comeback film weighs on me! But I'm not daunted,' Anil told IANS.

Anil is one of the most sought-after and pricey cinematographers of the country with films as disparate as 'Agni Varsha', 'Hum Dil De Chuke Sanam', 'Lagaan' and 'Kabhi Alvida Na Kehna' to his credit.

But for now he is completely floored by Madhuri.

'She's still in equally splendid form. And she's bridging eras. She not only represents the kind of films that were made in the 1980s, but also the cinema of today where she has a prominent place. She has adapted herself wonderfully.'

A: Yes. That theme, embedded in the story, only comes across in the theatrical trailer. I told my producer Aditya Chopra we should put that idea forward more strongly on television. I hope people aren't going to come forward to see Madhuri do endless dhak-dhak. Though I must say audiences are no longer interested in run-of-the-mill films.

Q: Did Madhuri come into the picture before or after you wrote the script?

A: It's a bit of a chicken-and-egg thing. The idea was floating in my head. Then Madhuri was cast and the story just flowed from there. Now, my god, you don't know how the responsibility of making her comeback film weighs on me! But I'm not daunted.

Q: Did Madhuri make it any easier for you?

A: You know when she came on the sets she's such an easygoing person, she never let me get stressed about making Madhuri Dixit's comeback film. She was willing to give all of herself.

Q: The last image we have of Madhuri is as Chandramukhi in 'Devdas'.

A: She's still in equally splendid form. And she's bridging eras. She not only represents the kind of films that were made in the 1980s, but also the cinema of today where she has a prominent place.

She has adapted herself wonderfully. It was such an asset to have her on the sets. Even in scenes where she has nothing much to do she was all there. Right now I'm this lady's biggest fan.

A: Yes. My job was made simpler because of the cast. All the actors I got were on my wish list. My experience as a cinematographer with filmmakers like Sanjay Bhansali, Ashutosh Gowariker and Karan Johar helped me cope with so many actors. Also the support one gets from Yash Raj is incredible.

Q: You're known to do meagre work.

A: That's why I moved from Mumbai to Bangalore. I wanted to live peacefully. But somehow I've worked at my own pace. I was fighting shy of direction for long.

One day when I was shooting 'Veer-Zara' and Aditya Chopra asked me if I wanted to direct. I told him of an idea in a small-town setting. Those big urban fables don't interest me. The film may look lavish because of the dances. But I've kept the treatment very simple.

Q: Why did you choose to hand over the cinematography to someone else?

A: I purposely made that choice. You've to be very talented to do both direction and cinematography. When I took Mohanan (as cinematographer) I let him interpret my vision from the start. The whole business of direction is so all consuming I left all others aspects of the film to others.

I expect my cinematographer to contribute as much as me. Cinema to me is about collaboration with everyone, including the choreographer who in this case is very important. I'd always insist on getting a cinematographer on board when I'm directing.

Q: What would your next directorial assignment be?

A: I haven't given it any thought. Even as a cinematographer I never planned to take on another project before finishing the one I was doing. I intend to do the same as a director. After 'Aaja Nachle', it's time to hibernate.

A: It's a simple heart-warming film. It's not a story just picked up from here and there. It has resonance in every ones lives. 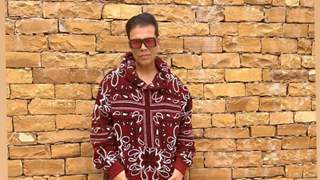 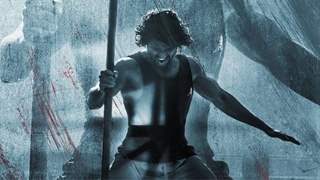 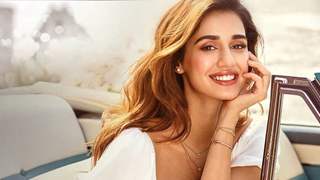