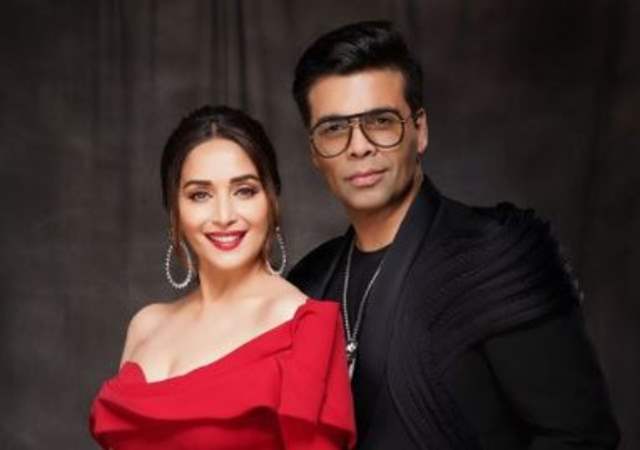 It’s the digital age, and it’s safe to say that the web series culture has finally arrived in India. The mainstream actors and producers are marching towards OTT platforms and exploring the web world. Right from producers and filmmakers like Shah Rukh Khan, Karan Johar, Anurag Kashyap to actors like Nawazuddin Siddiqui, Priyanka Chopra Jonas, Saif Ali Khan, all the biggies of the entertainment industry are keen on working on the web.

Well, the latest name to join the bandwagon is none other than the woman with a million dollar smile, Madhuri Dixit. Yes, you read that right! Netflix recently announced that Madhuri Dixit will be collaborating with Karan Johar for an upcoming Netflix Original. According to Variety, Madhuri Dixit led series will be about a suspenseful family, is written by New York-based writer-director Sri Rao, and shall reflect on the lives lead by people in the entertainment industry.

Karan Johar and Madhuri Dixit have earlier collaborated for Dil Toh Pagal Hai and Kalank. This sounds like an exciting deal, don’t you think?